Following up from the stealthy launch of the Carrera 160 Years Silver Limited Edition during the LVMH Watch Week Dubai 2020, TAG Heuer is now launching a second Carrera, inspired by another historical timepiece from the Heuer books. This is the TAG Heuer Carrera 160th Montreal Edition, inspired by the White Heuer Montreal, reference 110.503W launched in 1972.

Rather than creating a spec perfect copy of the white dial Montreal ref. 110.503W, TAG Heuer has borrowed certain characteristics of the historical watch to apply to the Carrera 160th Montreal Edition. Let’s take a closer look at some of these.

First is the blue “azurage” sub dials and primary dial outer edge, where the shade of blue has been borrowed from the pulsation scale printed on the chronograph scale of the 110.503W. The yellow Super-LumiNova® used to form the three arcs on the chronograph minute counter at 3 o’clock, is borrowed and adjusted from the shade of mustard used for the same stylized arcs on the chronograph minute counter on the 110.503W, as well as the rehaut. The same vibrant yellow Super-LumiNova® is also used to fill in the hour and minute hands and top the baton hour markers with small luminous dots.

Turning the watch over you have the familiar sight of the Calibre Heuer 02, fitted with the special 160th anniversary rotor we first saw on the Carrera 160 Years Silver Limited Edition.

The limited-edition timepiece will be produced in a run of 1860 pieces, in reference to the year that the Heuer company was established by Edouard Heuer. 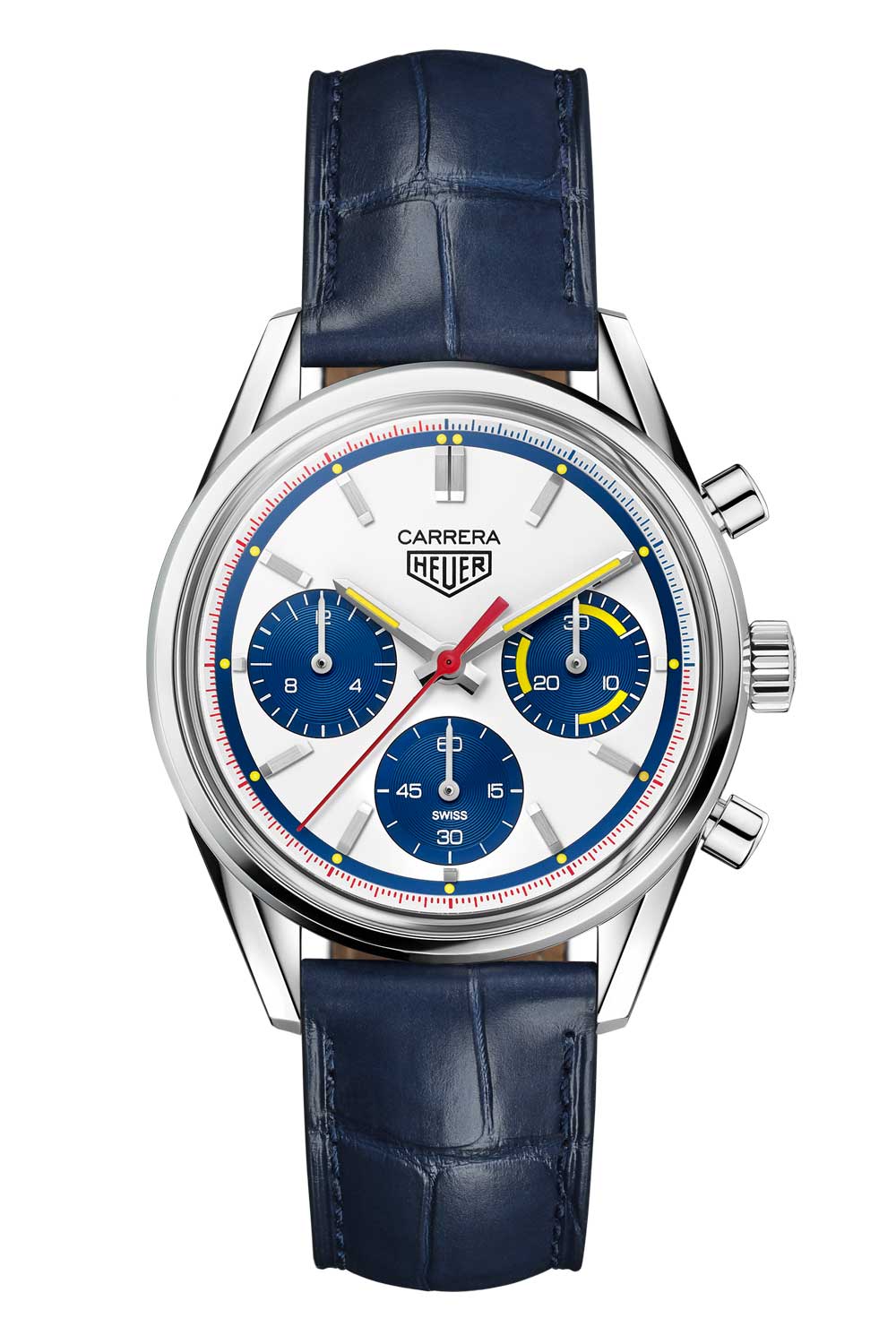