Generally speaking, people don’t have a problem with success. It’s mostly the opposite circumstance that requires addressing. Audemars Piguet’s monolithic success in the sports watch arena (as spearheaded by their Royal Oak and Royal Oak Offshore collections), however, have led many to overlook their equal expertise in horological complications. It’s an expertise which dates back to the founding of the company by Jules Louis Audemars and Edward Auguste Piguet, descendents of legit old-school watchmaking families who specialised purely in the good stuff.

One of the most prestigious complications in the watchmaking lexicon is the perpetual calendar, the function comprising one-third of the exalted trinity of complications known collectively as a Grand Complication.

The perpetual calendar displays the full array of information related to the month, date and day of the year, and most of them also include an indication of the leap year. Strictly speaking, you don’t really need the lattermost, as the whole point of a perpetual calendar is that it knows when February needs an extra day and adds it without making a fuss about it. But it’s a bonus, let’s put it like that. The leap year indication is also a convenient way to tell if someone is wearing a modern perpetual calendar as opposed to any other kind of calendar watch — handy tip there for watch spotters.

Note that I said “modern”, because wristwatches with perpetual calendar function only started carrying leap year displays in 1955, and even then, it didn’t really catch on until the late 1970s. Any guesses as to who introduced the leap year display in perpetual calendar wristwatches? Given the main focus of this article, I don’t think it’s any kind of spoiler to tell you right away it was Audemars Piguet.

Audemars Piguet has had a close relationship with the perpetual calendar complication from the very beginning — perhaps even before it was founded in 1875. It’s known that the school watch of Jules Louis Audemars (so known as it was the watch that marked his graduation from watchmaking student to watchmaking professional) was a quarter-repeating perpetual calendar pocket watch with dead seconds.

It’s useful to think about generations of evolution when talking about Audemars Piguet perpetual calendar wristwatches. Broadly speaking, you have the pre-1950s period, in which a total of only 208 calendar wristwatches were made at Audemars Piguet. Some were perpetual calendars and some weren’t, and the eye-gouging rarity of these watches comes down to the fact that the company employed fewer than 30 people at this time. Let that sink in for a minute.

Ok, minute’s up. After this relatively Saharan stretch of perpetual-calendar production, Audemars Piguet busted a serious hadouken into mid-1950s watchmaking with the first ever series of perpetual calendar wristwatches bearing leap-year indications, the ref. 5516. Perpetual calendar wristwatches before didn’t carry leap year indications — that was a thing reserved for pocket watches, because pocket watches were larger, and allowed for more generously sized dials. Also because, as mentioned before, it’s not really that necessary to have a dial-side display that is relevant only on one out of 1,461 days.

Unlike today’s binary leap-year displays, with an aperture that shows a dial-contrasting color if a leap year is in progress, or quartered counter with a hand pointing to the ordinal year in each leap-year cycle, the traditional way of displaying leap-year information was on a massive subdial showing every month in a four-year cycle, with dial markings to indicate which set of months belonged in the leap year. This seems like a waste of space, given that there’s already an indication of the months on a separate subdial, but I guess that’s the kind of thing you can do when you have a big-ass pocket-watch dial to mess around with.

There were only three examples of an Audemars Piguet perpetual calendar wristwatch with this 48-month subdial, the ref. 5516 made in 1955. Three other wristwatches, also recorded as ref. 5516 models, were made in 1948, but they didn’t have leap-year indications. Subsequent examples of the ref. 5516 largely opted (sensibly) to stick to the quartered leap-year counter. If you’re having trouble keeping all this straight, don’t worry, you’re not alone. Let’s recap.

The entire run of ref. 5516 watches was highly limited — only 12 were made between 1948 and 1957, all of them perpetual calendar wristwatches. Three were made in 1948, with no leap-year indication. Three were made in 1955, with moonphase display at 12 o’clock, and leap years indicated on a 48-month subdial that is clearly too small for all those months (if anyone wishes at this point to YouTube a video clip of Derek Zoolander’s reaction to the center for ants, please feel extremely free). The remaining six were made in 1957 and, as far as we know, they had moonphase displays at 6 o’clock, with leap-year subdials at 12 o’clock.

Three of these 1957-made ref. 5516 watches had quartered leap-year subdials and only one clung to the 48-month format, albeit in such pointlessly tiny print as to engender rage in the non-bionically sighted members of the human race. We don’t have a clue about the remaining two watches, since no one’s seen them since forever, or even knows where the hell they are.

After this brief and complicated (LOL!) flirtation with perpetual calendar wristwatches carrying leap-year displays, Audemars Piguet decided to drop the whole leap year thing for a while. (I don’t blame them.)

The next big evolutionary step in Audemars Piguet’s perpetual calendars came about with the automatic cal. 2120/2800, which I harbor a desperate fondness for, because it’s based on one of my favorite movements of all time, the ultra-thin cal. 2120 that was first made in 1967.

This compound movement had a LeCoultre base paired with Dubois Dépraz module, was created in 1977, made commercially available the following year, and sparked off a massive increase in the production of perpetual calendar wristwatches — not just at Audemars Piguet, but across the industry as well, particularly among the Vallée de Joux watchmakers.

The first watch fitted with the cal. 2120/2800, the ref. 5548, was an immediate success, despite the ongoing Quartz Crisis. The ref. 5548 was produced from 1977 to 1990, and was the most prolific perpetual calendar watch of Audemars Piguet in its time, with 2,187 examples made in a great number of variations. Its groundbreaking thinness and basic design structure (small tapered lugs, stepped narrow bezel, decoratively restrained) also set the aesthetic tenor of 1980s luxury timepieces.

If you come across an automatic perpetual calendar from Audemars Piguet made between 1977 and 1993, it’s probably going to have a cal. 2120/2800 inside it. There were 7,291 examples of this movement produced, and I think you’ll all agree that this is what raised the profile of perpetual calendars within mechanical watchmaking in a major way.

It’s all a bit of a roller coaster at this time, what with the Royal Oak (1972) gaining traction within the market while mass-produced quartz watches continued to punch gaping holes in the industry, but we’ve just enough time to note that the first Royal Oak perpetual calendar was produced in 1983 — an excellent year in my opinion; everything and everyone born in this year is absolutely top if you ask me.

With the coming together of the Royal Oak and the perpetual calendar, Audemars Piguet entered a period of materials experimentation, driven by a couple of factors. First of all, the Royal Oak, with its avant-garde aesthetic and multi-part case construction, lent itself exceptionally well to the use of contrasting materials. Secondly, the perpetual calendar, by its exclusivity relative to the rest of the collection and by Audemars Piguet’s tendency to produce in small series, liberated the product team to try new materials combinations that would be unsuitable for high-volume references. Take, for example, the Royal Oak Skeleton Quantième Perpetuél in rose gold and tantalum, a beast of such beauty and power it’ll make you throw up with the awe and spiritual elevation usually associated with ayahuasca pilgrimages.

In 2015, Audemars Piguet brought out the first major reengineering of its in-house series-produced perpetual calendar module since — well, since 1977, really. The new(ish) cal. 5134 is larger than the cal. 2120/2802 and the cal. 2120/2800 before it, even though it’s still based on the extra-thin automatic cal. 2120. I don’t know why they didn’t continue with the compound reference numbering system, but whatever, I don’t make the rules (let alone master them and break them).

As compared to the 28mm diameter and 3.95mm thickness of its predecessor, the cal. 5134 measured 29mm in diameter and 4.31mm in thickness, an increase which goes with the overall upward trend in average case size since Audemars Piguet first began producing perpetual calendar watches in significant quantities. However, it’s not like they made the movement bigger just in order to fit larger watches. The most visible differences are a new indication of ordinal week and a vastly more precise moon phase display.

Other improvements are mostly operational refinements such as reworking the system that tells the date wheel when to give February an extra day — a cleaner, more compact cam assembly that eliminates the need for a high-maintenance (i.e., pain-in-the-ass) Maltese Cross. That’s as far as I can see from the cadrature anyway. I should maybe ask someone about it, but realistically speaking, I’ll probably do it only if enough of you write in asking me to.

This article has focused largely on the periods of perpetual-calendar development within Audemars Piguet as demarcated by large-scale movement innovation and noteworthy aesthetical variation. The complexity of product creation at Audemars Piguet transcends these broad lines, however, and several perpetual calendar movements exist beyond the abovementioned, such as the automatic cal. 2141/2806 (as featured in a particularly lovely 33mm Royal Oak), the hand-wound cal. 2003/2805, and the combined complications such as the landmark grand complication cal. 2885.

Which brings us up to 2018, with the latest Salon International de la Haute Horlogerie showcasing the record-setting Royal Oak RD#2 Perpetual Calendar Ultra-Thin. And, partly because I’m not really crazy about repeating myself, partly because this article is already a face-numbing length, you can read all about it here.

1948 — The first production of the ref. 5516, perpetual calendar wristwatch based on a Valjoux ébauche (without leap-year indication).

1955 — The first production of the ref. 5516 with leap-year indication. A total of nine examples (with five known variants) were made from 1955 to 1957, all with leap-year indication. Today, seven are known of and two have yet to resurface. The most recently sold example went for USD 650,000 at the October 2017 Phillips sale in New York, setting a record price for vintage Audemars Piguet.

1977 — The first series-produced automatic perpetual calendar, the cal. 2120/2800, based on the ultra-thin automatic cal. 2120 created in 1967. First housed in the ref. 5548 (later renamed ref. 25548) that was designed by Jacqueline Dimier and made commercially available in 1978. A watershed moment for perpetual calendar production at Audemars Piguet, with wider implications for the watchmaking industry at large. In total, 7,291 of the cal. 2120/2800 were made.

2015 — The new cal. 5134, the first comprehensive reworking of the Audemars Piguet perpetual calendar since 1977. 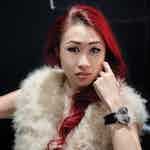