As meetings go, it ranks among the most important I’ve had in nearly 40 years as a watch enthusiast. Kurt Klaus is the legendary master watchmaker who served as Head of Development and Research at IWC for 50 years and since “retirement” has become a global brand ambassador. His stories deserve a book that would tell not just the tale of IWC from the mid-1950s, but also include chapters about the revival of the industry, for Klaus was the key player in IWC’s rebirth, as well as that of A. Lange & Söhne.

As the main designer of IWC’s Da Vinci perpetual calendar in 1985, Klaus deserves to be ranked with the celebrated personalities who not only kept mechanical watches alive, but who re-established them: men like Gerd-R Lang, Nicolas Hayek Sr, Jean-Claude Biver and especially Klaus’s friend, Günter Blümlein, who saved IWC, Jaeger-LeCoultre and Lange. Klaus worked closely with Blümlein, whom he acknowledges as a great enabler. And there’s another book that surely needs writing.

Did you arrive at IWC as an apprentice?
It was 1957. I was then qualified as a watchmaker. I had already been to school to learn watchmaking. After school, I had to do my military service, and between the services, I was working for Eterna. At that time – in 1954-1955 – it was a really high-quality watch manufacturer. The reason I didn’t stay in Grenchen at that time was that I had a girlfriend, like me from St. Gallen in the eastern part of Switzerland near Schaffhausen. We talked about getting married and she said: “Wonderful! But please, not here!” She wanted to go home and one possibility was for me to ask IWC if they needed a young watchmaker? And that’s how I ended up there. 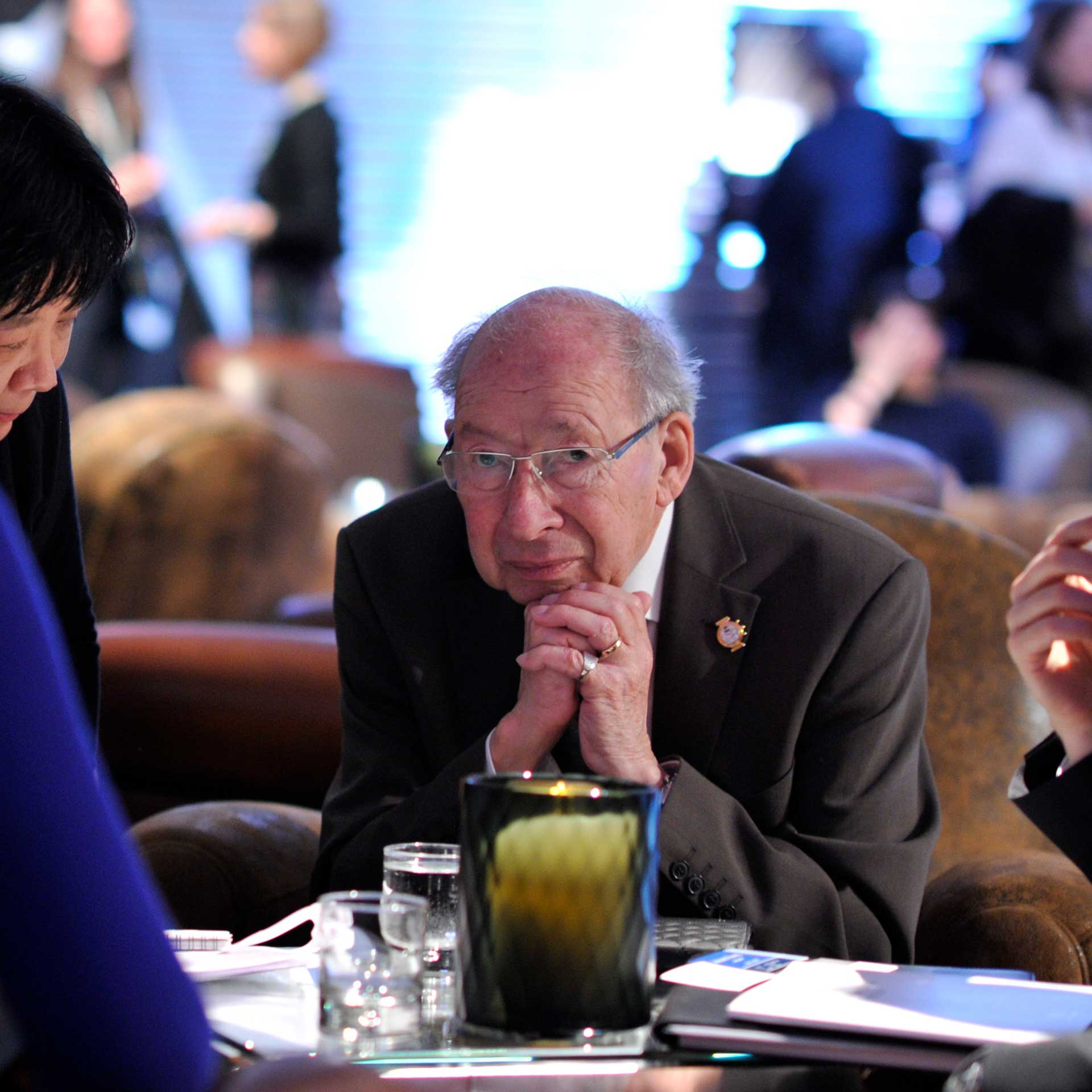 How many people worked at IWC then?
At that time, the company employed around 300 people. Our main market was Japan. It was then the most important territory and it was also the reason for the watch industry’s crisis. It was a very good time and I was working with Mr [Albert] Pellaton. I was his assistant. He was the one that initially interviewed me.

He had started with IWC in the 1940s and one of his most important designs was the Mk. 11. It was his idea to make the inner case from soft iron. This was made because the Royal Air Force introduced radar instruments with very strong magnetic fields that disturbed the watches. It was completely different from its predecessor, the Mk X. The Mk X used Calibre 83, the Mk 11 used the Calibre 89 – Pellaton’s design. He created a completely new movement, the first with central seconds hand and the magnetic protection. I remember that I assembled these movements from 1957 when I started, and I recall that there was an engraving on the movement, the Royal Air Force’s broad arrow. 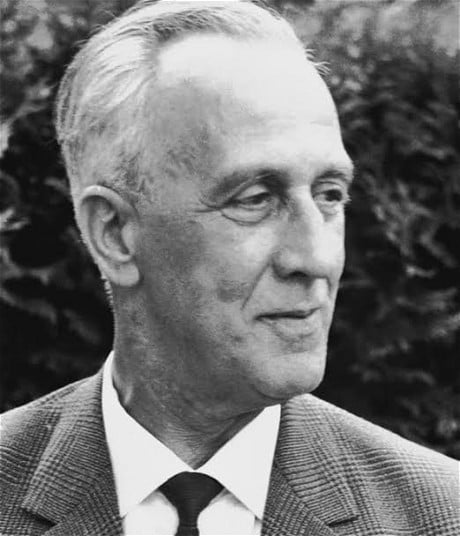 How many watches would IWC have been manufacturing then?
I think that IWC was then producing maybe 20,000 watches a year. And then Pellaton developed an automatic movement, the 854 – this was a very big success. And then the production reached a maximum, I remember, of 50,000 pieces in one year, all made in-house, in Schaffhausen. All wheels, all bridges, all plates – everything was produced in the IWC building.

Pellaton made the 854 for the Ingenieur – this was the first watch it was used in. The inner case of the Ingenieur came from the Mk 11, and the watch was the first time he made anti-magnetic parts in the escapement. The Mk 11 was only anti-magnetic in its cage. But with the Ingenieur the escapement wheel, the anchor and part of the balance were all made in a copper-beryllium alloy. Only the escapement needed the anti-magnetic parts as this is what is influenced by magnetic fields – the balance, the balance spring. But these parts in copper-beryllium alloy were not so good. He found out that they wore quickly. After the first year, I moved to the repair department, and always when we got in an Ingenieur to service, we changed the escapement wheel and anchor with ones made in a new, special alloy that was very hard. The first generation parts were too soft and they were all replaced during servicing with this Durachrom.

Working closely with Pellaton, you saw his genius at play, first hand. What should he be remembered for, what was his obsession?
The highest, best quality. He was not only the engineer who developed new movements, he was also the Technical Director of Production. For me, his Calibre 89 has always been the best manual movement. Today, the Calibre 89’s accuracy is the same as the most modern movements. For me, it is number one and has been from the very beginning.