Among the many legends of Cartier’s watch origins, few are as royal as the Pasha. It was supposedly developed in the 1930s for the Pasha of Marrakech, who wanted a sporty watch to wear while swimming, but also elegant and suited to the style of a royal. The legend continues that the watch would become a Cartier portfolio, serving as the inspiration for the Pasha de Cartier line that started in 1985. None of this is verified in any way. In truth, the Pasha represents the continuation of a different gentleman’s legacy.

The modern Pasha de Cartier of 1985 was designed by the master of watch design, a certain Gérald Genta who’s known for many other iconic designs. It’s honestly difficult to define his influence on the entire modern watch industry as we know it. Genta’s design made the Pasha the first properly round watch of the brand and maintained its presence as a sports-centric model.

The watches were waterproof to 100m, featuring a crown that bore a screw down cap that secured it and prevent water from entering. They retained the Vendome lugs that Cartier had originally developed for the original design, and featured oversized Arabic numerals on the dial, rather than the Roman ones typically found in Cartier watches. The printed dial bearing a square minute track also remained, along with the diamond-shaped sword hands.

The partnership with Genta continued for some time, and the Pasha introduced many iconic complications in a very distinct style. Later editions featured a diving bezel, with unidirectional rotation and engraved with the decimal minutes as well as 20-minute countdown indication. Braceleted versions were also added, and the Pasha offered everything from perpetual calendars to second time zone complications.

By 1990, the Pasha had become a hit and a collection in steel, sized at 38mm were introduced. There were slight differences as these were diving-oriented models, thus luminous beads and a circular minute track were found on these models. Even as Cartier developed the Collection Privée, Cartier Paris collection (CPCP) in the late ’90s, the Pasha remained part of the range. In particular the Pasha “Day and Night”, designed in partnership with Svend Andersen. Up till 2011, the Pasha remained in production, with high complications developed by none other than Carole Forestier-Kasapi for the Fine Watchmaking Collection.

The Pasha was never discontinued but has languished for the past few years as other models received greater attention. This year marks 35 years since the development of the Pasha, and the brand is redeveloping the collection for the modern Cartier aficionado.

Focusing on the idea of an androgynous watch that appeals to both genders, some notable changes have been applied. There are two sizes of Pasha de Cartier watches available, in a petite 35mm or a larger 41mm model. Size-wise, the 41mm works well for both men and women, and the watch remains essentially the same: a round case with a polished bezel and screw-down crown cover with a cabochon on it. The models are all automatic and mechanically run, with a caliber 1847MC in-house movement powering them.

What’s different from older Pasha models is the stamped dial, which bears a soleil guilloché pattern along with 8 segment lines that align with the hour markings. The quarter hour markers are still in the iconic Pasha font in Arabic numerals, and a date window is location between 4 and 5 o’clock. The minute track is now in blue along with the hands.

The bracelet is similar to the Pasha bracelet in the late ’90s and early ’00s, rather than the Figaro bracelet used in earlier models. The lugs also have QuickSwitch functions for easy swapping of straps, and the bracelets offer SmartLink adjustments, so you can size the watch up or down conveniently.

Diamond-set bezels on the smaller 35mm models are available, but otherwise, the watch offers a thoroughly clean minimalist aesthetic. In particular, the yellow gold model in 41mm with a sapphire cabochon and blue alligator leather strap is thoroughly elegant.

The skeleton Pasha de Cartier, bearing the 9624MC manually-wound caliber, integrates the minute track, hour markers and Arabic numerals into the bridges of the movement, under which the gear train sits invisibly. The steel watch is available with a bracelet as well as gray alligator strap option, priced at CHF 26,000.

The Pasha de Cartier Skeleton Tourbillons are the kings of this collection, powered with the 9466MC caliber with a tourbillon at 6 o’clock. The tourbillon bridge bears Cartier’s ‘C’ logo and bears a seconds track around it. On the gem-set model, brilliant-cut diamonds cover the bezel, minute track, seconds counter and the buckle and crown. The Skeleton Tourbillon model is a refresh of the Pasha Skeleton Tourbillon from the Fine Watchmaking Collection, though in a far more compact size now than before. It bears a smaller power reserve than before, but 50 hours is still ample for anyone. The tourbillon model without diamonds will cost CHF 94,500 and the gem-set edition will be CHF 136,000.

The Pasha has long been a loved collection and its return brings back fond memories of elegant style from the era of ’90s menswear. We’re sure that more complications will emerge in this 2020 icon. 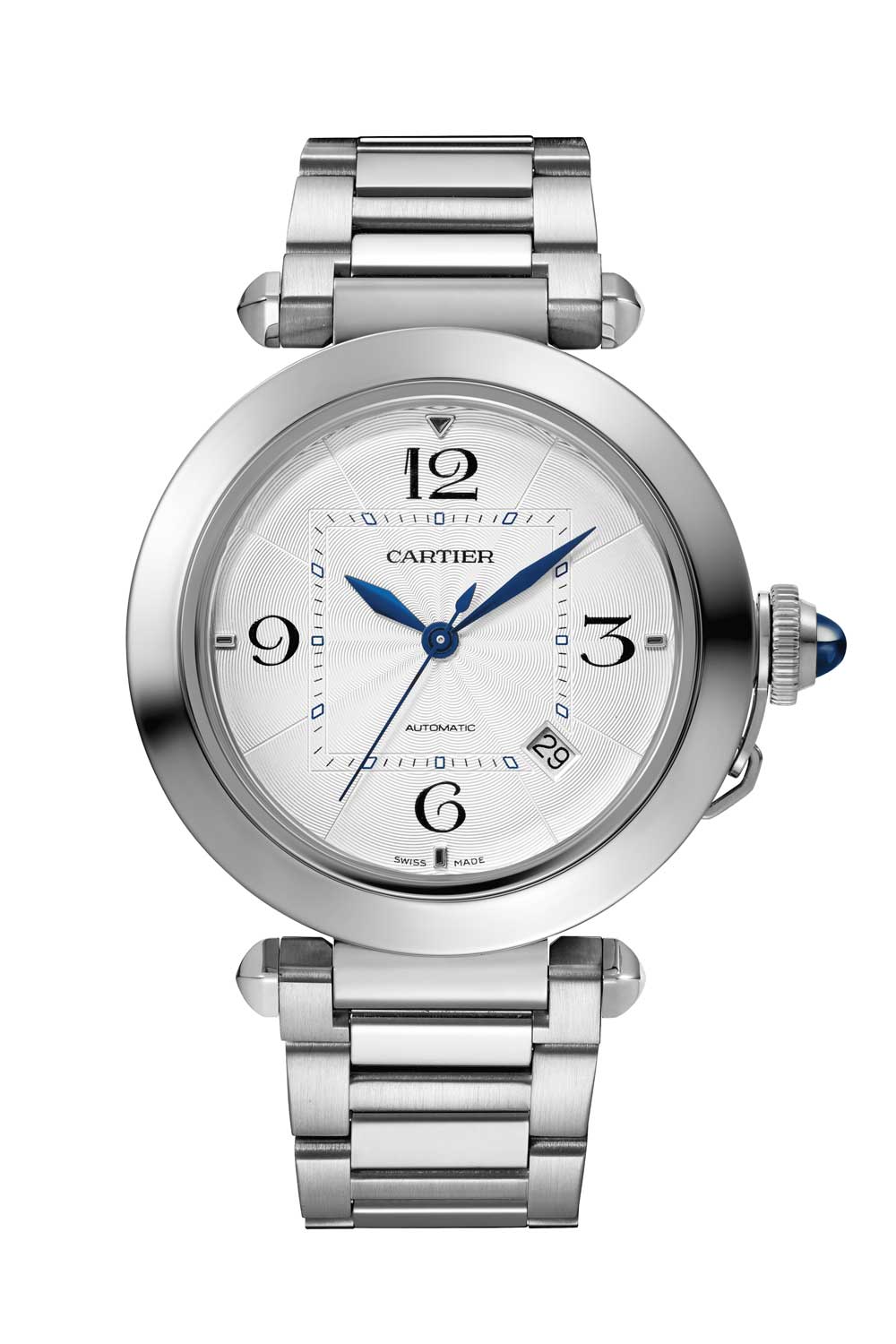 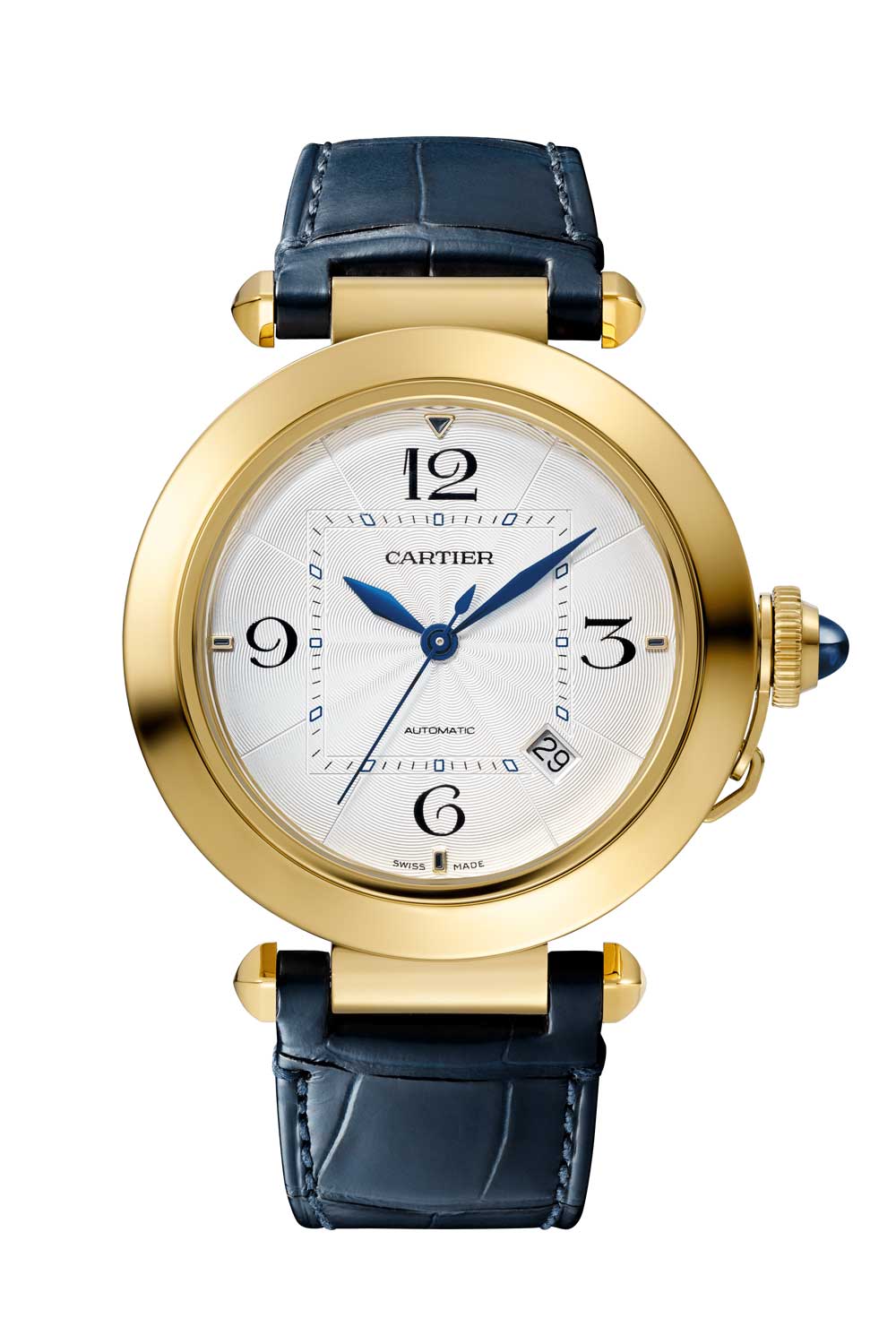 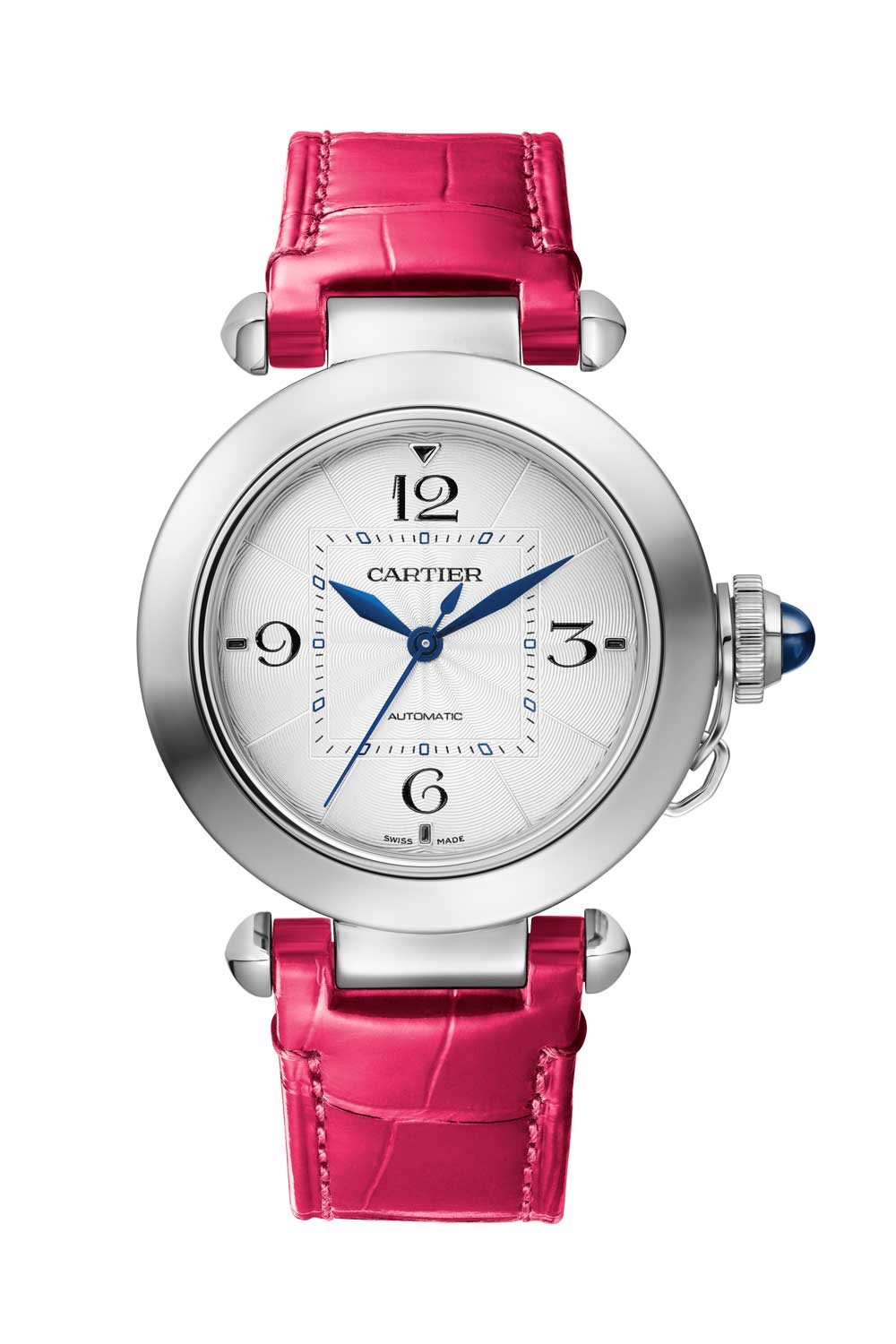 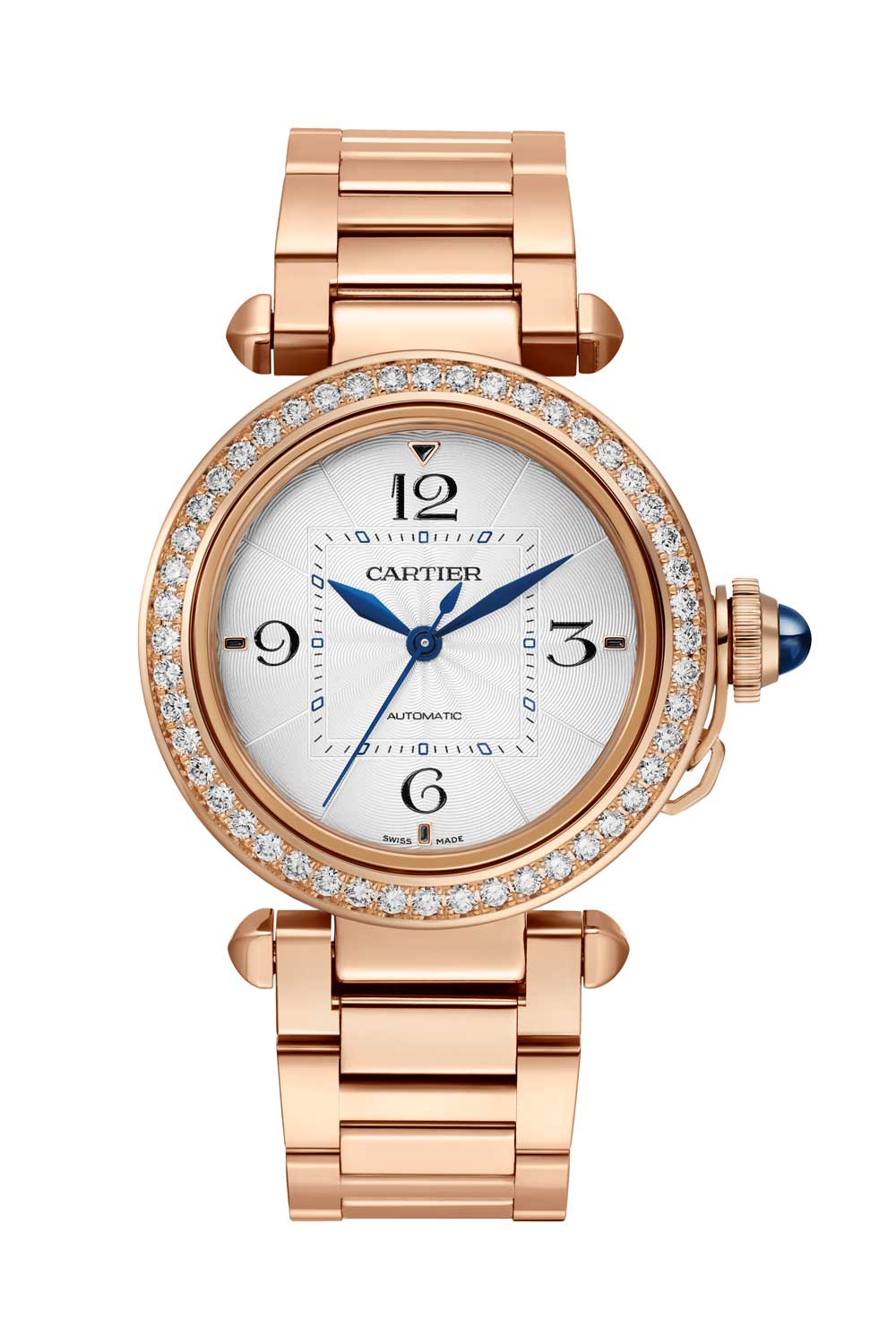 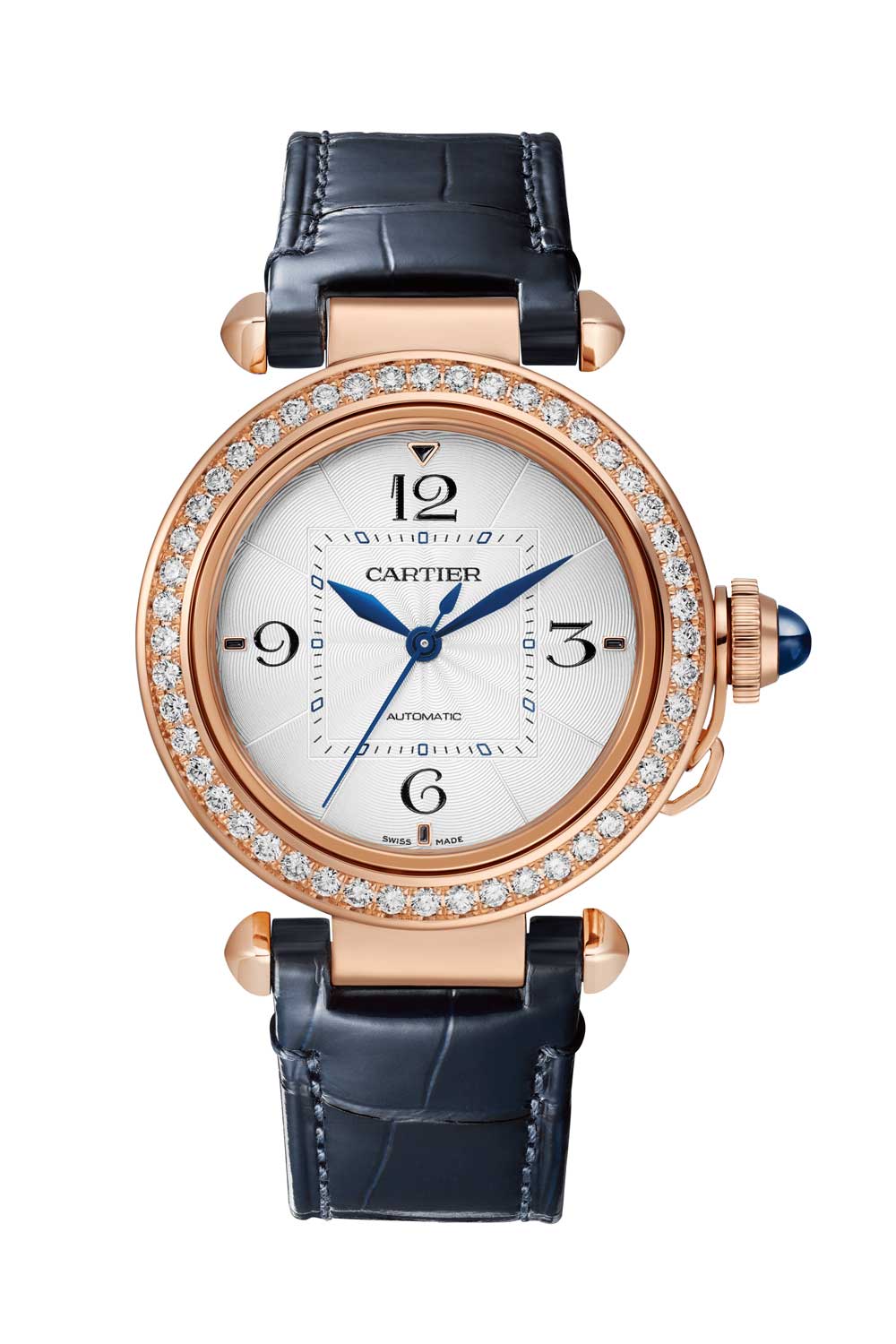 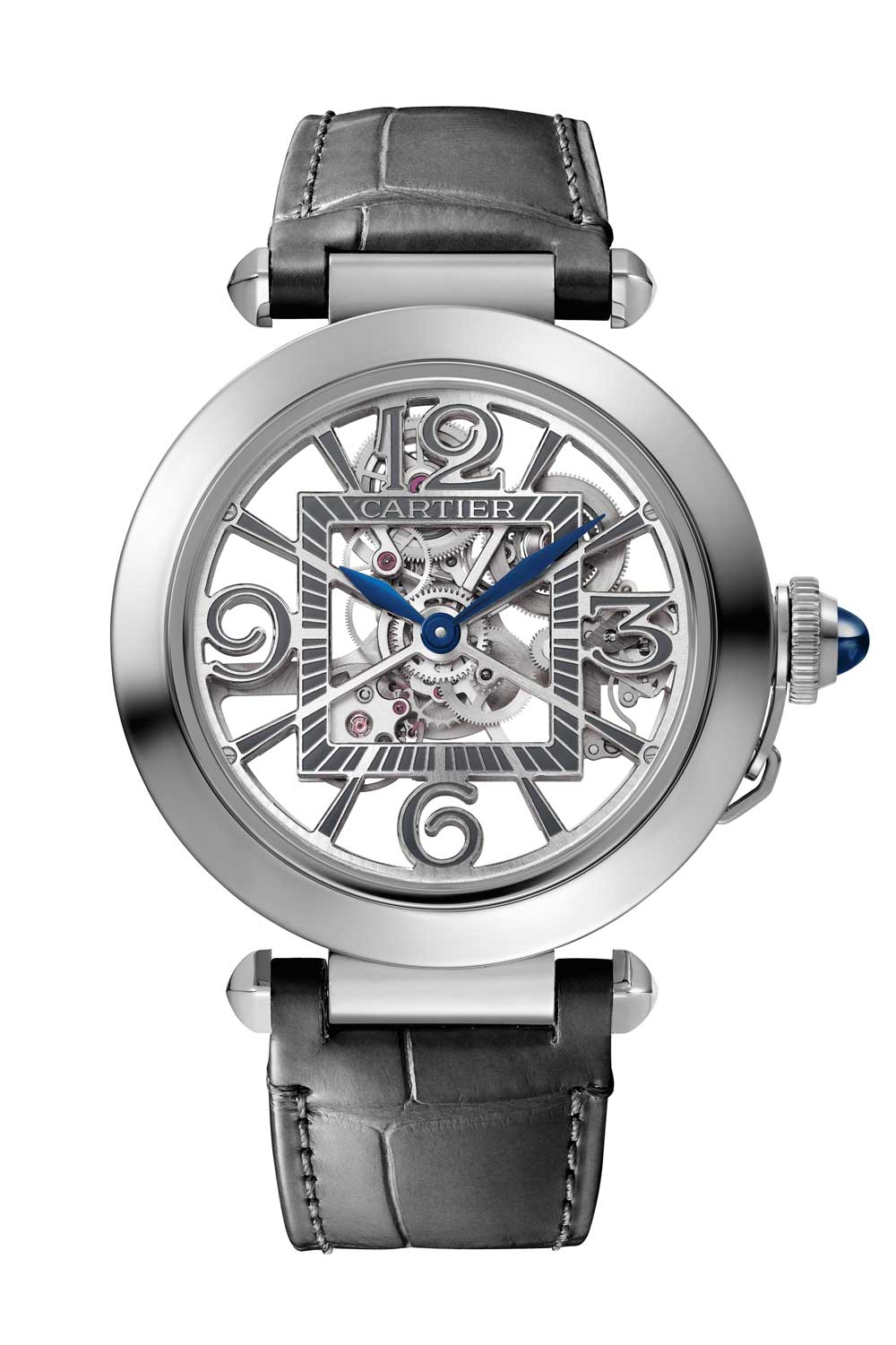 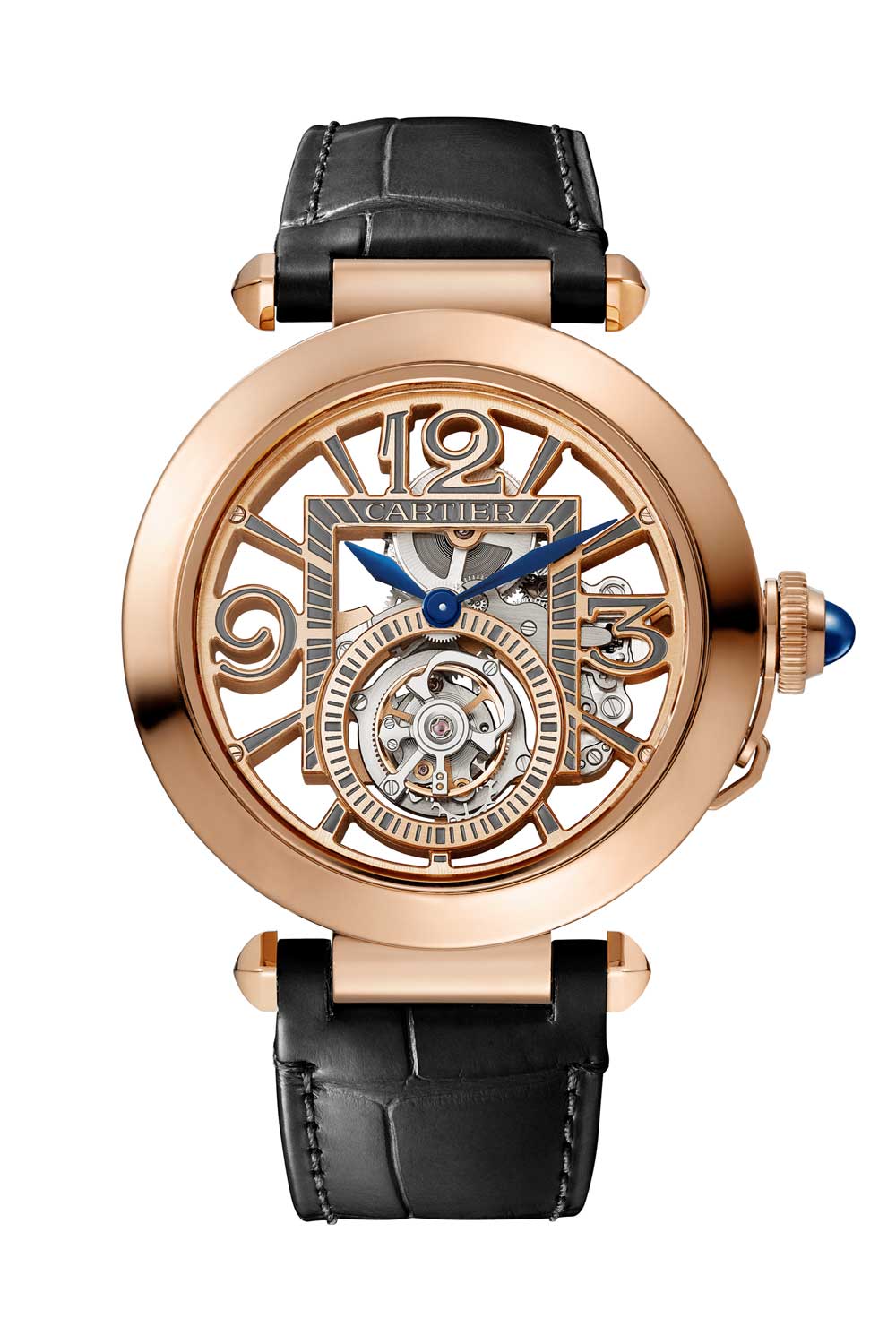 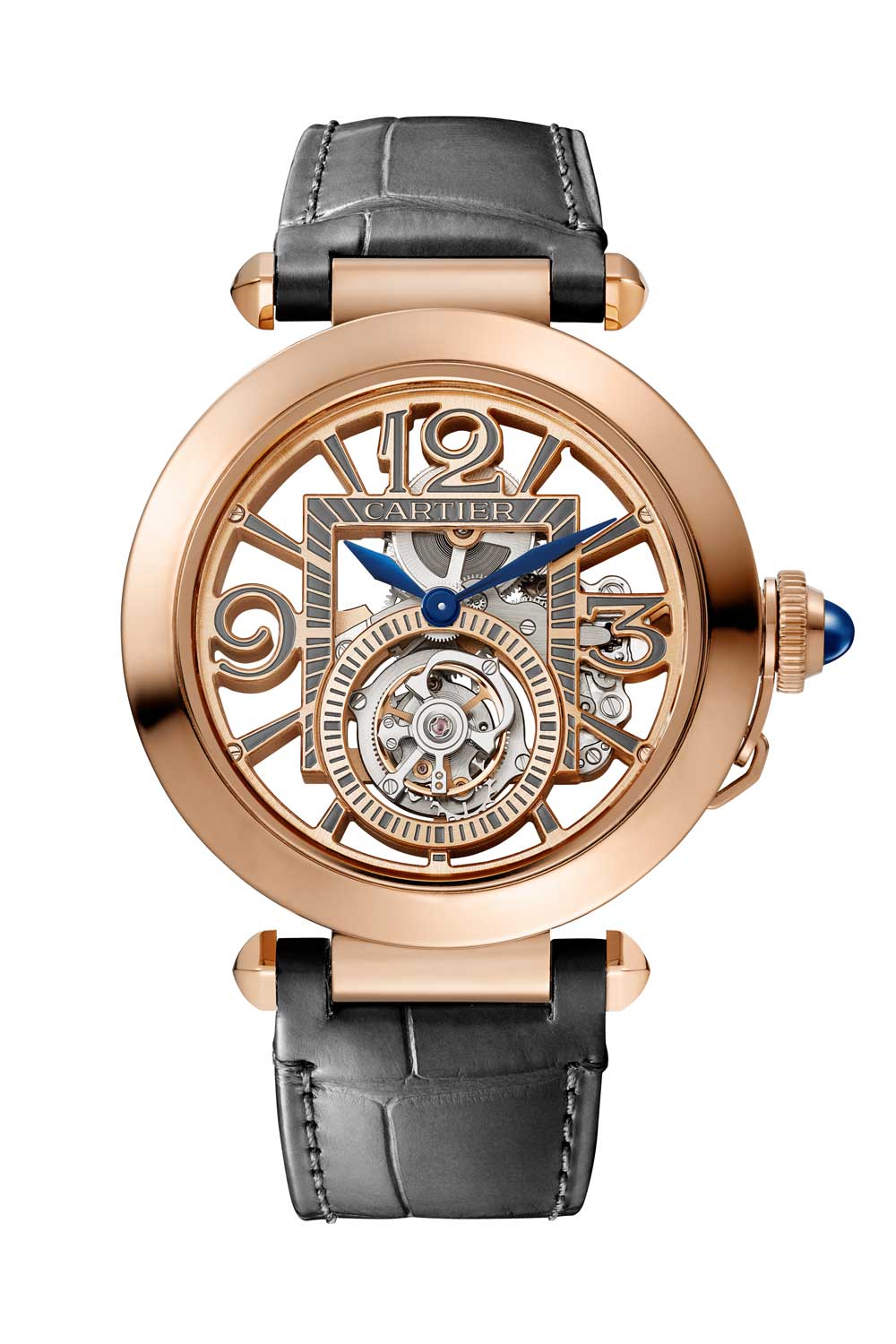 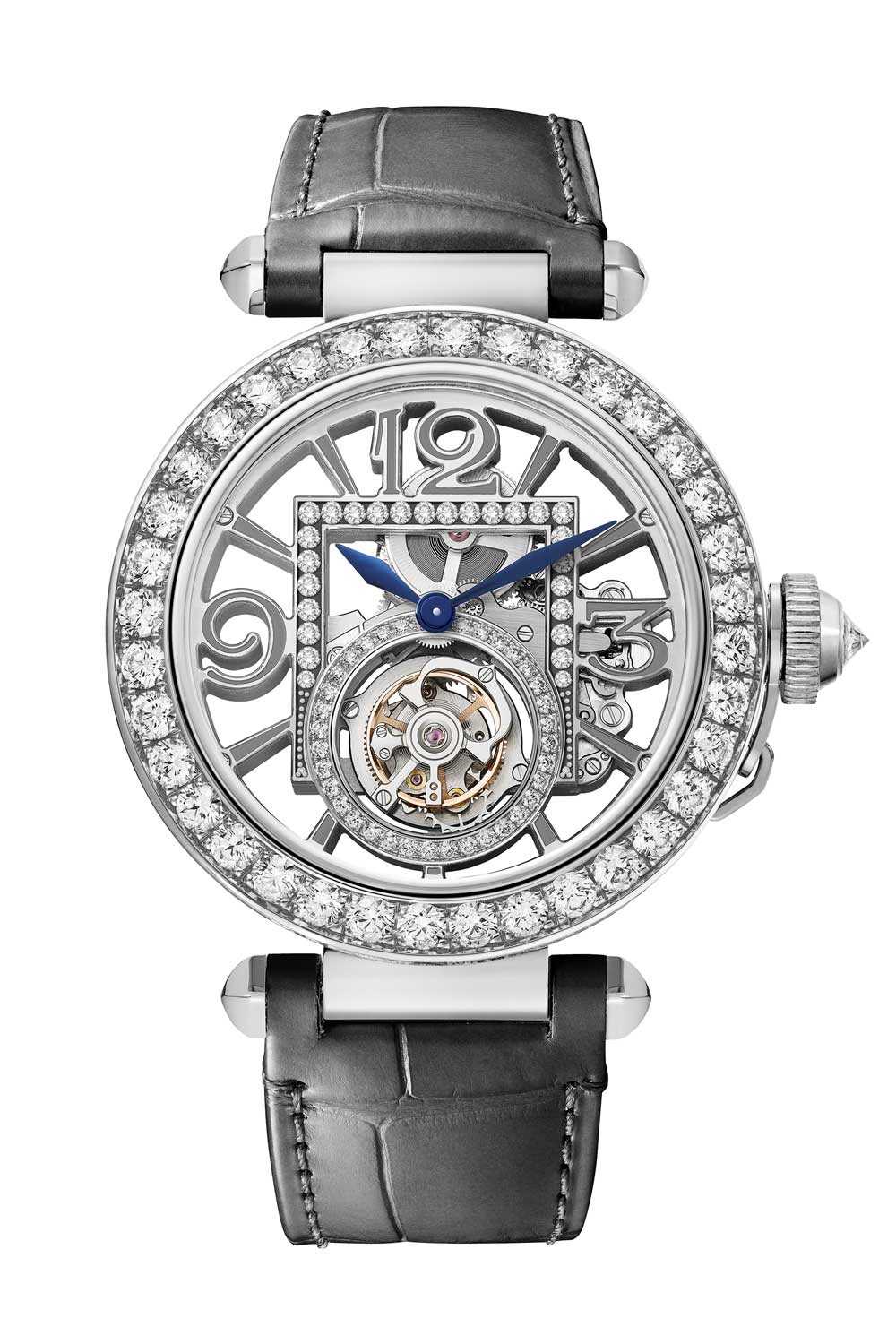