What is the greatest thing about France? Many tasty foods and wines may come to mind, or a panoramic view and perhaps a movie star or two. But if you had to pick a single characteristic that makes France what it is, it would have to be an absolute refusal to follow the rules, to shrug and carry on, no matter what anyone else thinks. This has created lots of wonderful things, like the Citroën DS and the croque monsieur. But also a few less good things, like the Citroen Visa, as well as a French tendency to down tools and blockade the autoroute whenever the fancy takes them.

Some of the greatest expressions of Gallic go-it-alone spirit can be found in Cartier’s back catalogue, and this latest edition to the Cartier Privé collection celebrates a classic piece of 1930s surrealism, the Tank Asymétrique. The Tank itself was radical enough when dreamt up by Louis Cartier in 1917 – at the time, wearing a watch on your wrist was a novel enough idea, let alone one that was rectangular and modelled after a machine of warfare.

The Tank went through various incarnations before Louis Cartier gave the watch a literal twist in 1937 when he introduced the Parallélogramme, or Asymétrique, with the dial shifted 30 degrees to the right. You would think it would be unsettling to have 12 o’clock in the top right corner of a watch, but to these eyes it feels immediately right. That said, if you find yourself asking “why?” then this probably isn’t the watch for you – perhaps you are just not French enough.

The new Cartier Tank Asymétrique is fitted with the in-house 1917 MC, the manual-wind movement introduced in 2018 on the Tonneau de Cartier. The new Asymétrique has redesigned Arabic numerals and indices and is available in pink gold with a grey dial and strap (CHF 27,200), in yellow gold with a champagne dial and brown strap (CHF 27,200), and in platinum with a silver-coloured dial, ruby cabochon and grey strap (CHF30,800). Each comes in a limited edition of 100 numbered pieces.

There is also a skeleton version, fitted with the 9623 MC movement, specially developed for the watch. The skeleton comes in yellow gold on a brown or grey strap (CHF 60,500), in platinum on a blue or black strap (CHF 68,500), and in a gem-set platinum version on a black or glossy blue strap (CHF 96,000). Each is limited to a numbered series of 100 pieces.

Since 2015, Cartier has been releasing numbered limited editions as part of the Privé collection, pieces that “highlight the maison’s legendary watches.” The new Asymétrique follows previous Cartier Privé releases including the Crash, Tank Cintrée and the Tonneau watch. 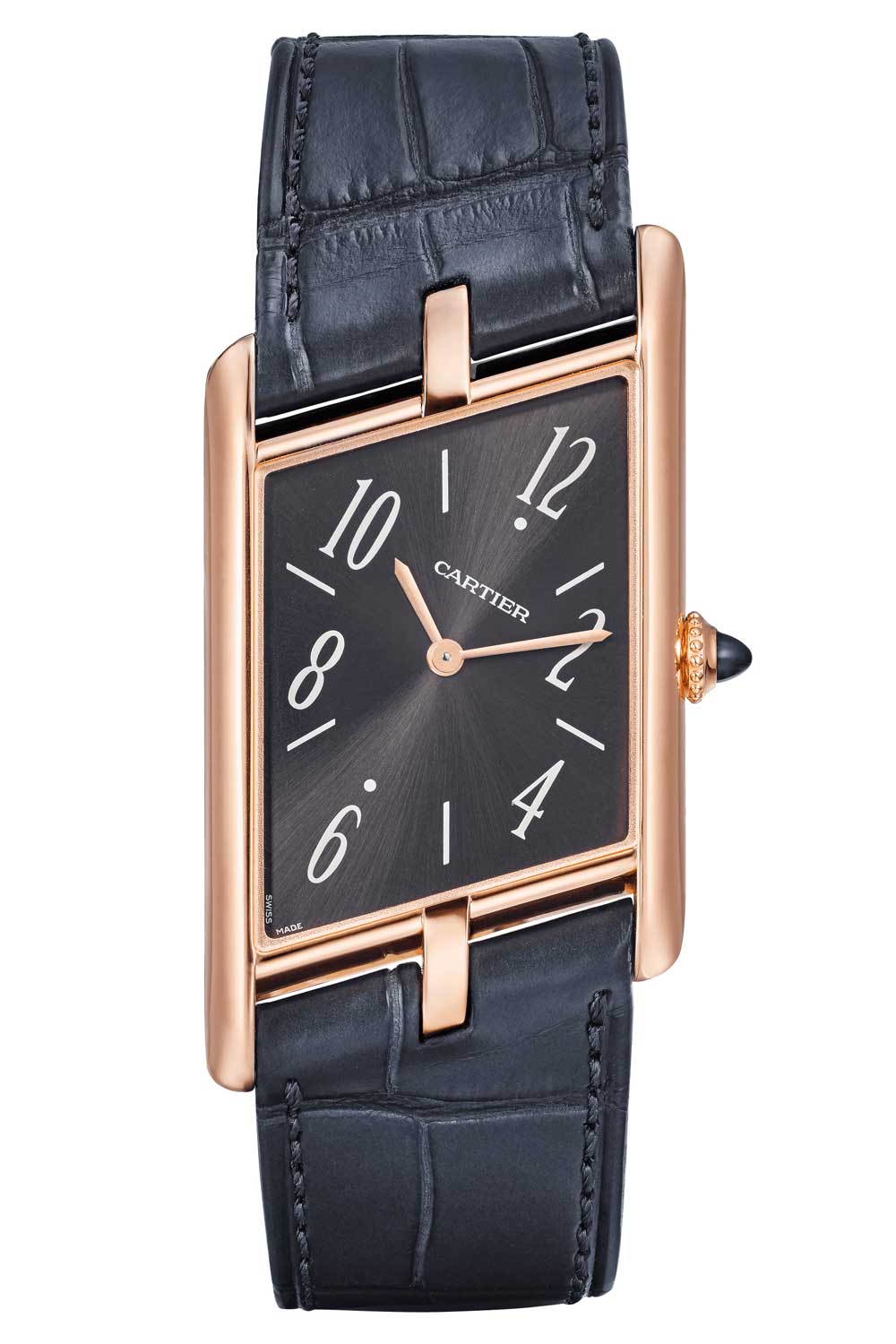 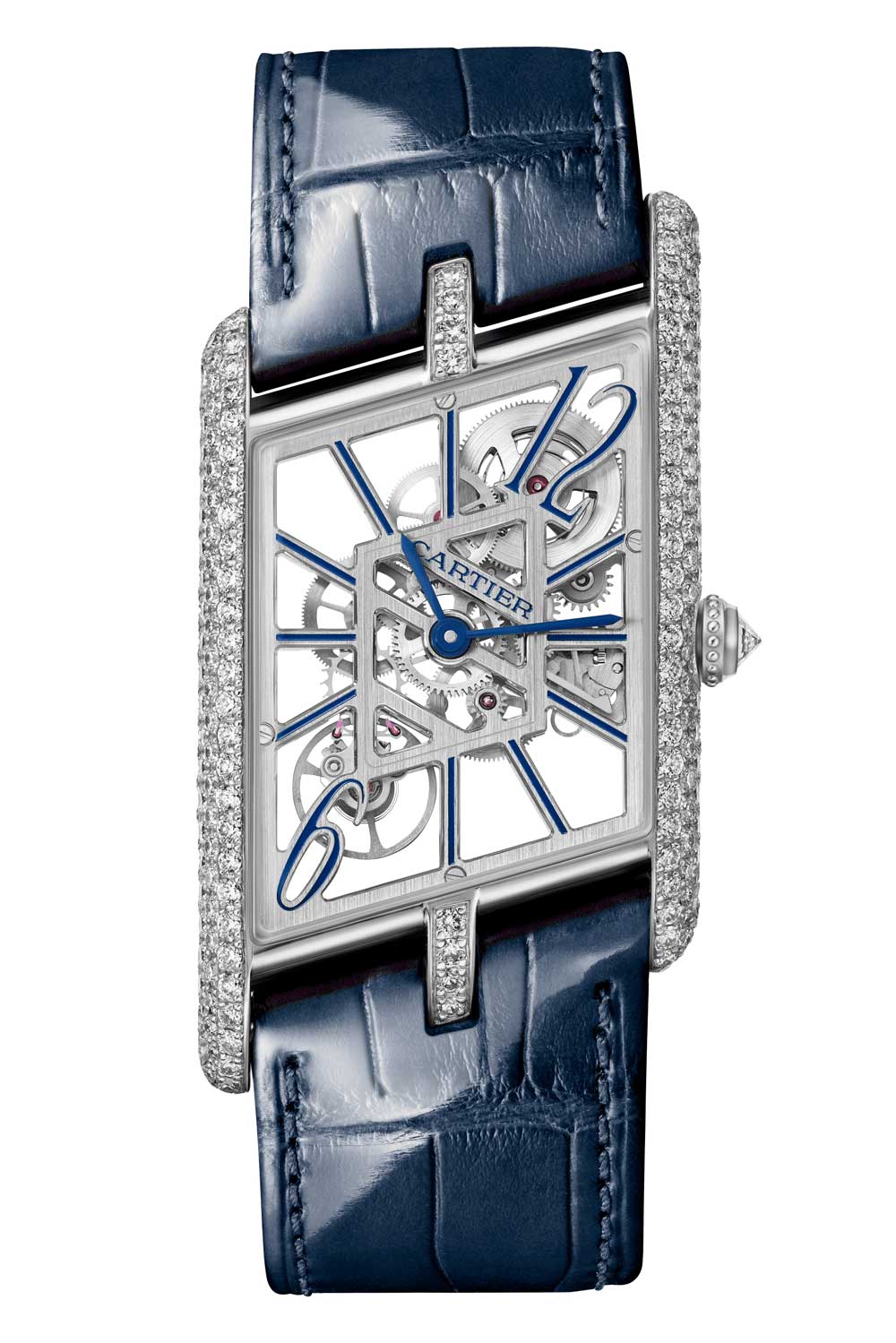 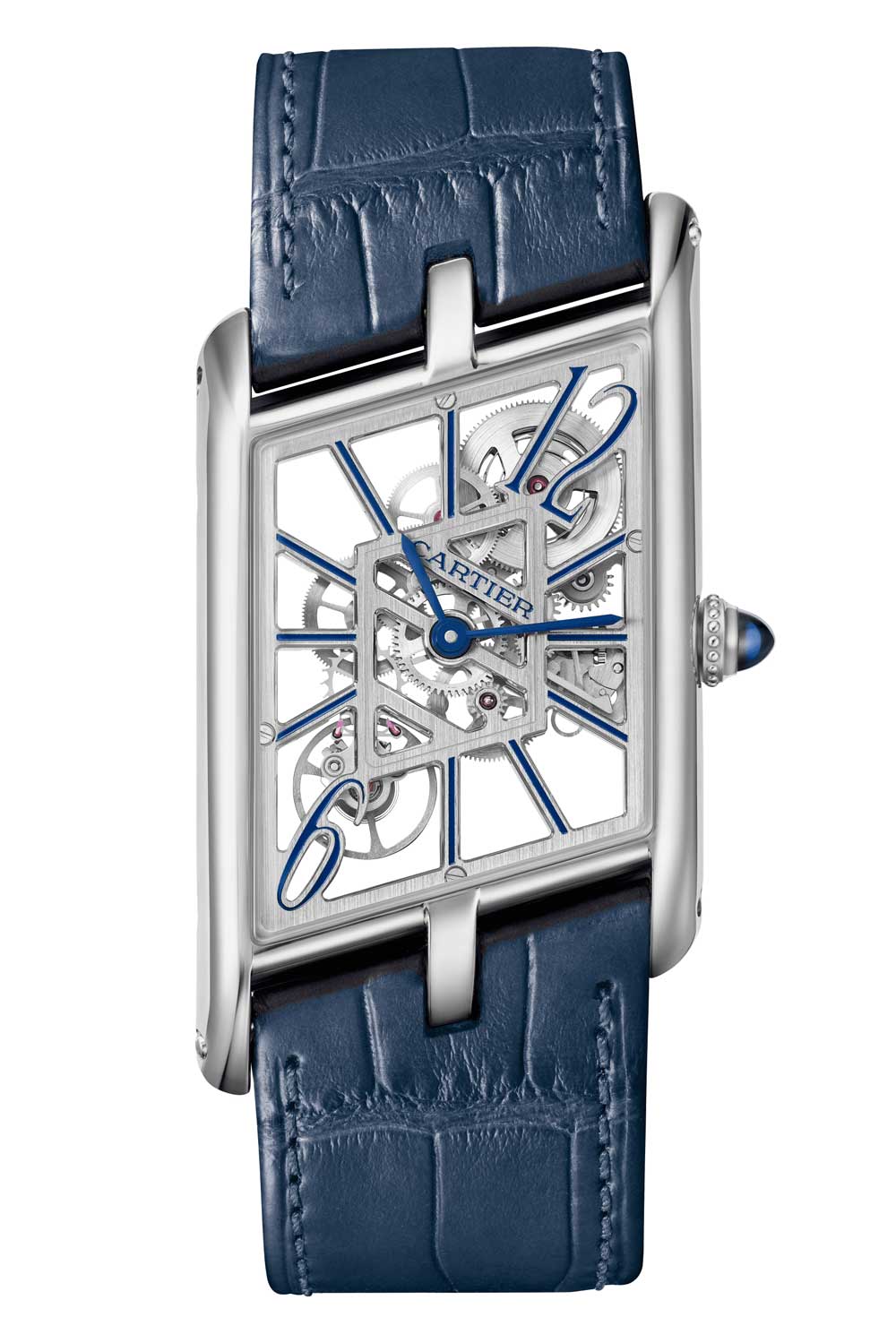