Bremont has made everything from diving watches to Jaguar E-Type watches, but the company’s first love remains aviation, and this latest release pays tribute to a truly vast piece of flying history, the Spruce Goose.

The new watch takes its name from the H-4 Hercules, a crazily large aircraft that was originally designed to carry allied tanks over the Atlantic during the Second World War.

In 1942, the billionaire philanthropist and aviation pioneer Howard Hughes secured US government contracts to build ambitious transport aircraft. The plan was to get a grip on how the war was going in the post-Pearl Harbor days and the design Hughes proposed had a wingspan of 320ft, far bigger than anything built at that time. Bigger than anything built ever, in fact, until April 2019, when the legacy of another billionaire philanthropist, the late Paul Allen from Microsoft, was realised with the first flight of the Stratolaunch, a twin-fuselage beast built to launch rockets into space.

Back in the 1940s, Hughes didn’t have access to all the computing power of the modern world to build his craft. Not only that – because aluminium was scarce, and weight was an issue, most of the construction was done in wood. Years passed and critics of the project in the US Congress said this giant plane had no chance of getting off the ground. Some gave it nicknames like the Flying Lumberyard, and the one that stuck, the Spruce Goose. Hughes disliked the name, partly because the plane was actually made of birch, not spruce, but mainly because he was obsessed with proving his critics wrong and building a plane with size and power never seen before.

The plane did get off the ground, but in 1947, long after the war was over. And it only flew for about a minute. But what a sight it was, in front of huge crowds lining the beach. With eight engines producing 24,000 horsepower, the magnificent vessel stood just shy of 80 feet tall with the ability two fully loaded Sherman tanks across the Atlantic.

Although it never made it to production, the one-off plane’s short-but-glorious flight won many hearts, and it was later declared a national treasure by the United States House of Representatives.

Giles English, Bremont’s Co-Founder said: “Hughes’s obsession with detail and striving for perfection is evident everywhere in this aircraft. The H-4 wasn’t so much built as crafted, its flawless silver surface, devoid of rivets and bumps synonymous with 1940’s aviation, shows that this aircraft was a masterpiece of design and manufacture.”

The time-and-date Bremont H-4 Hercules has an automatic winding rotor that uses some original birchwood veneer from the Spruce Goose. The wood was removed from the plane during a process of essential preservation work to the fuselage. This veneer was shipped to the UK and applied to the watch’s tungsten winding rotor – shaped, we would expect no less, like Spruce Goose propeller blades.

Bremont’s other Co-Founder, Nick English, added: “Giles and I have been fascinated by the story of the H-4 Hercules since childhood. The sheer ambition of building an aircraft on that scale using wood is remarkable. The Hercules is a true engineering triumph that pushed the boundaries of aeronautical design. It paved the way for the large aircraft we use today, and did it with style, panache and just a dash of Hollywood.”

The Bremont H-4 Hercules is limited to 300 stainless steel watches, 75 in rose gold and 75 in platinum pieces. Prices start at £9,495 and a percentage of proceeds will go to the Evergreen Aviation & Space Museum to help take care of the Spruce Goose.

43mm case in either stainless steel, rose gold or platinum 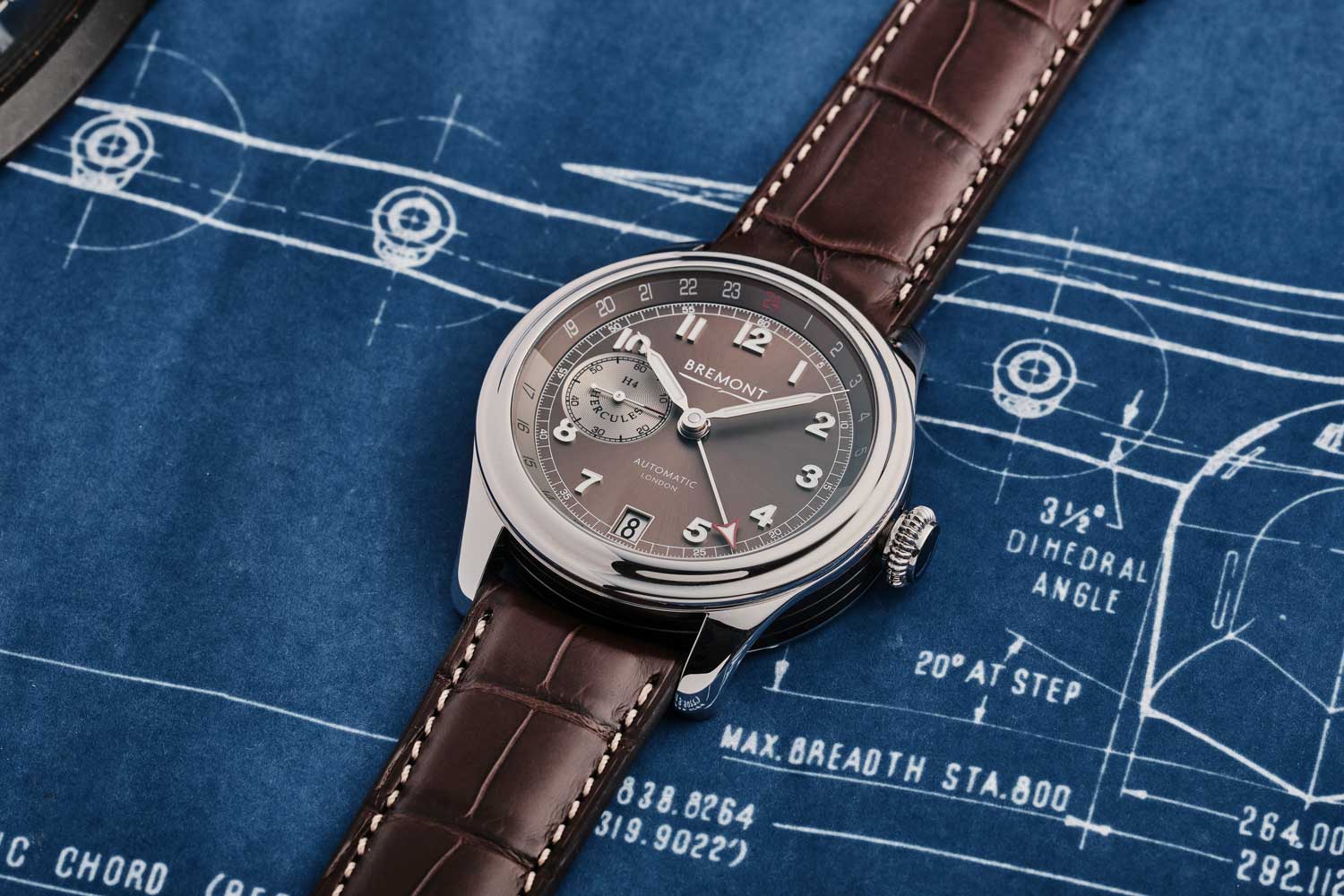