When one thinks of the deep sea, the first things that come to mind are the abyssal waters in shades of black and dark blue. This is because being on the polar end of the light spectrum, all other colors, especially red, are absorbed by water.

This inspired MB&F to debut its latest Aquapod in red, coloring the striking circular bezel in red sapphire crystal. This iteration is also the first HM7 Aquapod in platinum, complemented with a striking red accent on the rotating bezel.

At first glance, its construction is similar to the previous green, blue, and black iterations. The three-dimensional construction supports the automatic winding rotor, main hour display, and a central flying 60-second tourbillon that fronts the domed sapphire crystal.

Upon closer inspection, the numeral inserts are now fashioned in 3D titanium appliques, with each of them mounted on the engine resulting in a more skeletonized look. Since the revolutionary debut of the first Aquapod in 2017, the watch requires little refinement on the technical front. Thus the use of titanium is more for its lightweight properties, allowing the mounting on the rings to ease pressure on the fragile engine.

The uniquely shaped tourbillon bridge has also been displaced in the red HM7 Aquapod transitioning to sapphire crystal.

Drawing from the concept of marine creatures illuminating the deep sea with faint florescence, MB&F incorporated the use of Ambient Glow Technology (AGT) on the surrounding ring of the base of the flying tourbillon, while white Super-LumiNova is applied to the numerals and indicators.

Created in a limitation of 25 pieces, the watch comes with three types of interchangeable rubber straps in options of red, white and black. 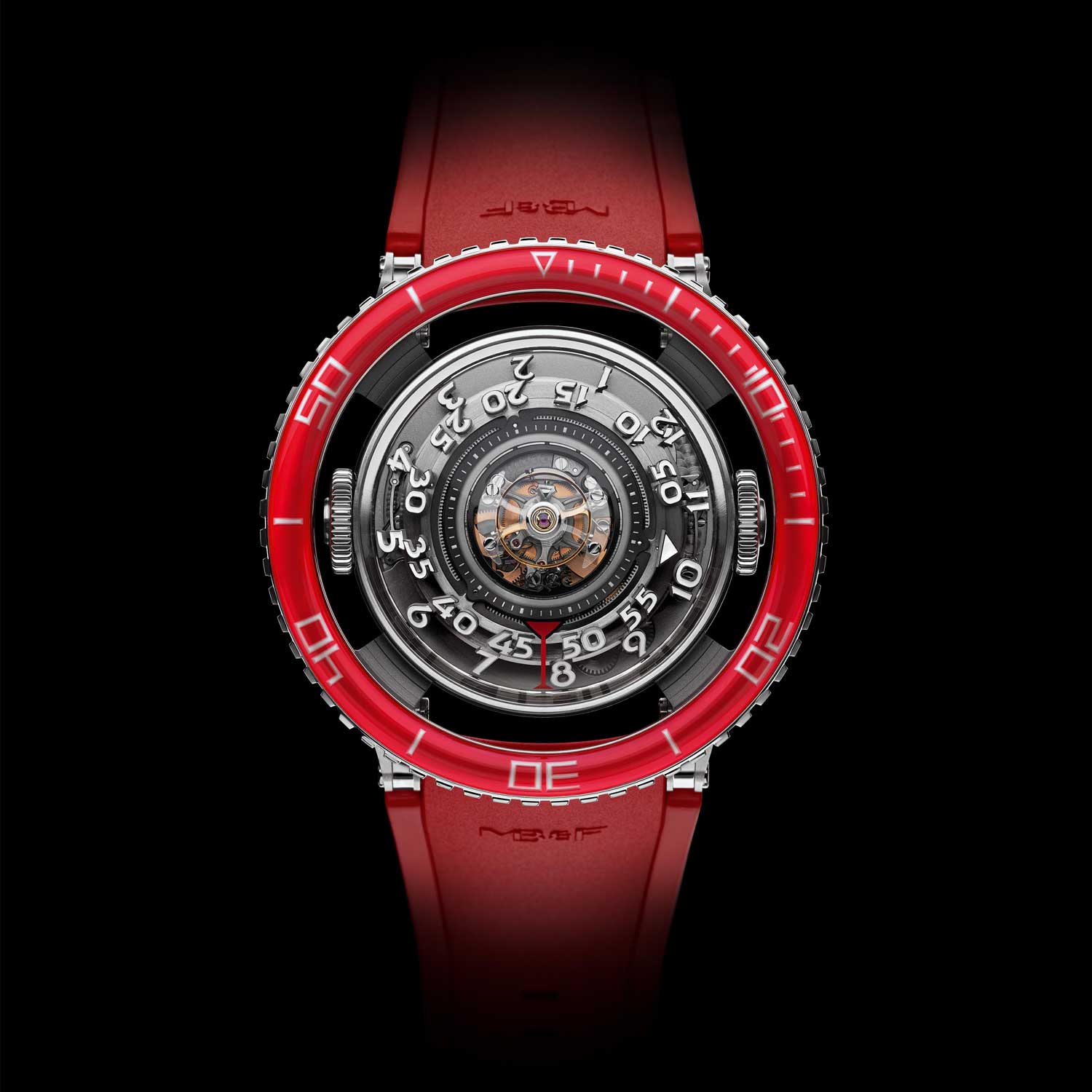 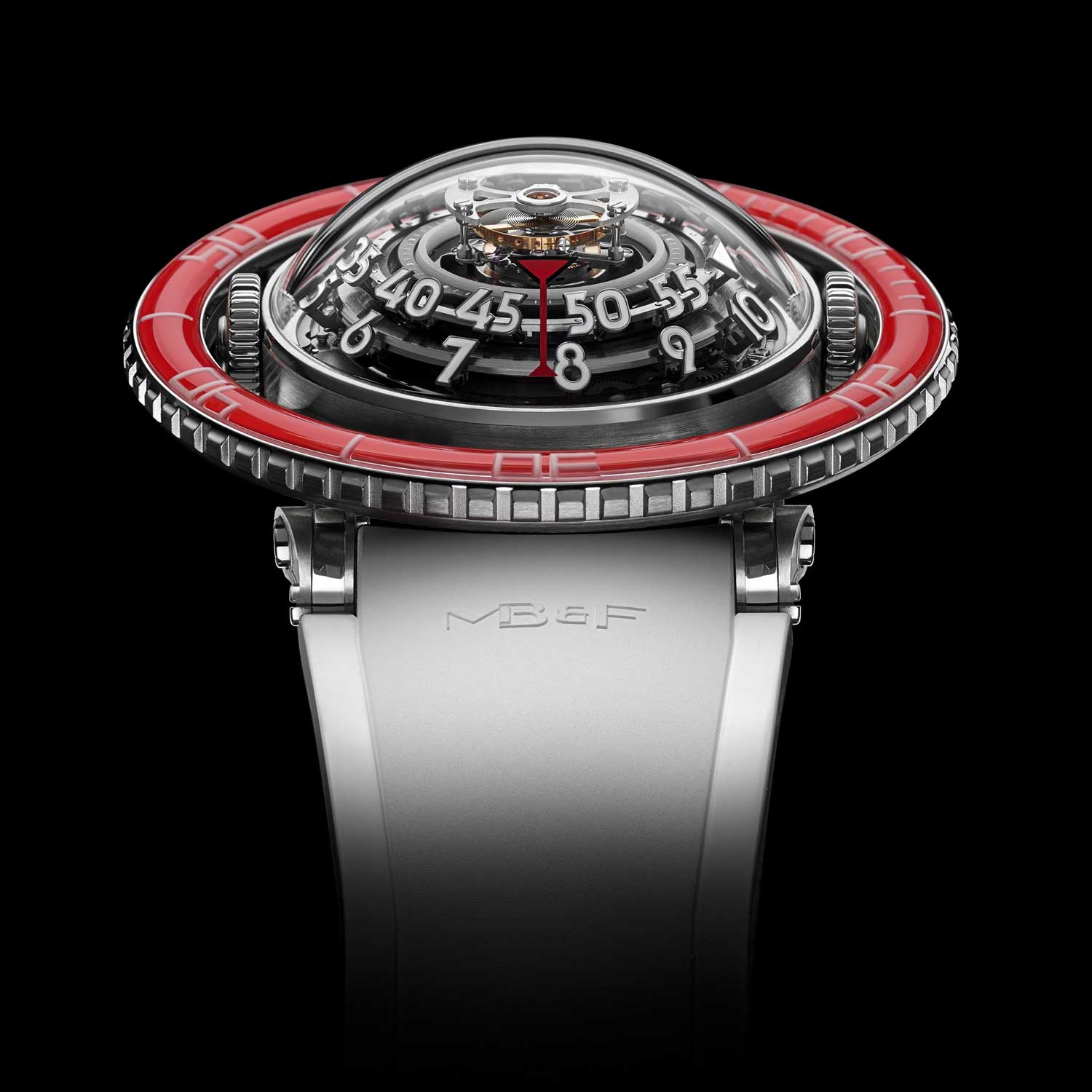 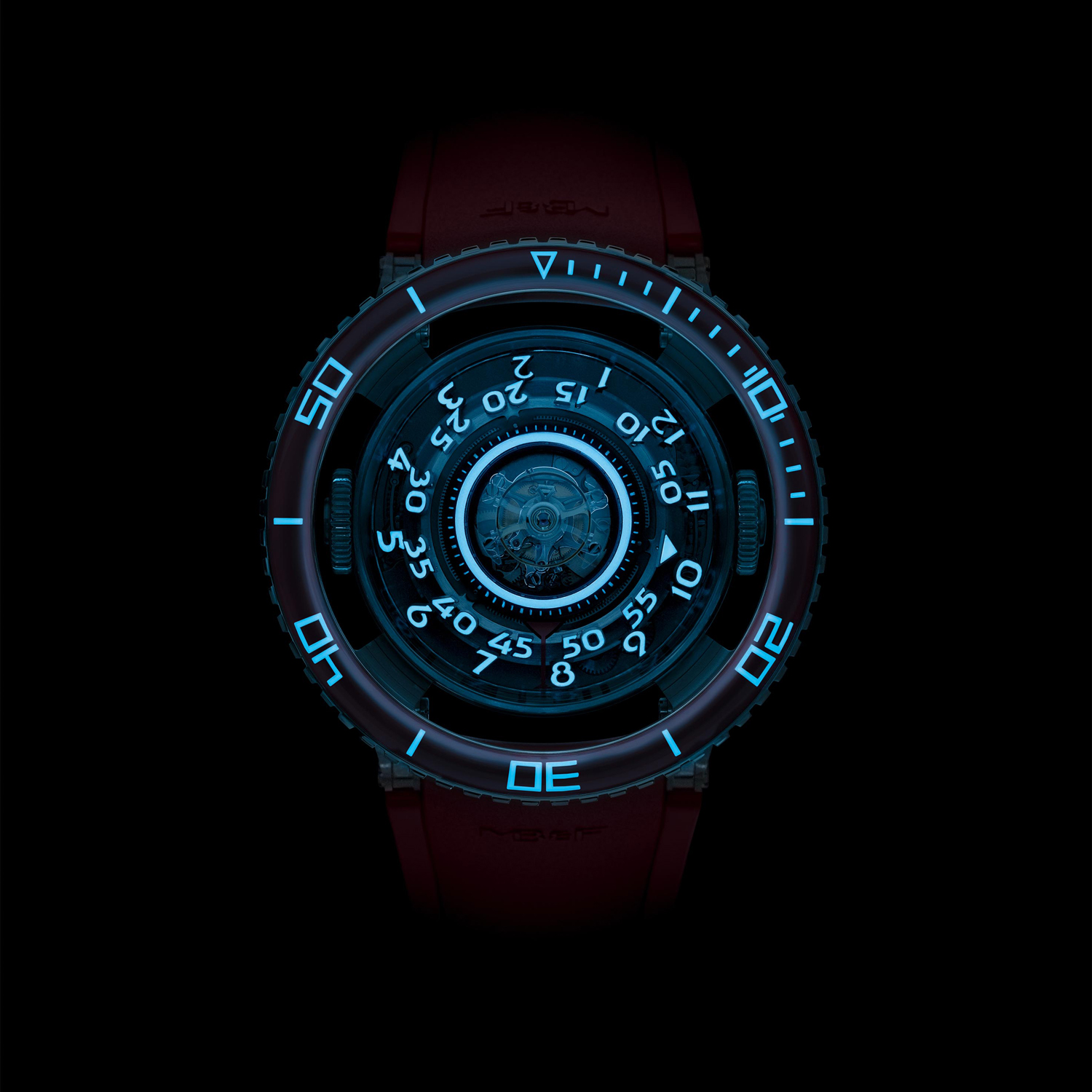