Phillips Watches, through NYTimes.com, has announced their recent unearthing of Marlon Brando’s Rolex GMT-Master 1675, which he famously wore without a bezel, in his 1979 film ‘Apocalypse Now’.

The discovery story, as it is reported on NYTimes.com, states that Marlon Brando had gifted this particular 1675 of his, in 1995, to “Petra Brando Fischer, the daughter of his longtime assistant Caroline Barrett, whom he had adopted years before”.

NYTimes further reports that Marlon Brando had given the watch to her as a graduation present. Eight years on, Ms. Brando Fischer, in turn, gifted the 1675 to her, then husband-to-be, Russel Fischer as a wedding gift.

It was on discovering the news of Paul Newman’s Paul Newman, which sold with Phillips in New York, back in October 2017 for USD17,752,500, that the Fischers saw the potential of Marlon Brando’s 1675 and brought it to the auction house.

Now, Phillips Watches is set to list the timepiece in their catalog at the 2019 New York sale, later this year.

On the occasion of the unearthing of Marlon Brando’s Rolex GMT-Master 1675 from ‘Apocalypse Now’, Revolution recounts the actor’s silver screen career and the many other stylish watches he wore. 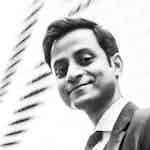