Continuing its evolution from a collection with roots in military aviation into a go-to brand for fashionable fun, Bell & Ross’ BR0 range now has to be likened to the Beatles’ Sgt Pepper outfits. The Fab Four – a half-century ago – turned regimental dress into psychedelic attire. Ever since, brocaded, double-breasted tunics in wild colours have formed a subdivision of evening-wear for those who possess a sense of the whimsical. Even a classicist like Ralph Lauren offers such a garment.

As for BR0, the mixing of materials and colours recalls the extreme models from Hublot, Richard Mille, Cvstos and others of that ilk. BR0s have long appeared in a myriad of materials, culminating in solid-sapphire versions under the experimental “X” banner, but the latest mix – white ceramic and titanium – elevates the round dial/square case phenomenon into another realm. The two new models are certainly not for the shy, and reside at the diametrically-opposite point from the stealthy, all-black BR0 models on Bell & Ross’ Venn diagram.

That said, however, one learns not to try to read the minds of designers: while the BR-X1 White Hawk and BR-X1 Tourbillon White Hawk may remind me of the Summer of ’67, the company itself declares its inspiration to be the colours of private jets. This, of course, reinforces Bell & Ross’ direct connections to aeronautical watches, with even the new line’s name, “BR-X1 White Hawk”, sounding like a new model from Dassault or Cessna. Says Bell & Ross’, “Its name in French, Faucon Blanc, evokes dreams and travels.”

It goes beyond the colours of private aircraft because such of airplanes are also known for their use of innovative technologies that have trickled down from the design and manufacture of fighter jets into the realm of civilians (albeit wealthy ones). The BR-X1 and the BR-X1 Tourbillon White Hawk enjoy radical construction like their sapphire siblings, while they are unmistakeably the result of the BR0 design values. As defined by the manufacturer, this means a commonality with precision measuring instruments, combined with an “extremely virile aesthetic code and the technical refinement of its high-end watchmaking.”

Both models employ 45mm grade 5 titanium cases, girded by a white ceramic “belt”. The titanium is micro-blasted, and the ceramic is matte-finished to avoid reflections. Combined, the watch cases’ primary colour scheme is white and grey, while both enjoy red accents to deliver them from the world of monochrome.

For the BR-X1 White Hawk Chronograph, limited to 250 examples, its push buttons are made of high-tech ceramic with rubber inserts to optimise both grip and strength. Enhancing the tactility as well as the practicality, a rubber button grip has been inserted into the case at 9 o’clock, thus providing a more secure feel when activating the pushers at 2 and 4 o’clock.

Adding the aforementioned colour, the surround to the 30-minute counter is red, as is its indicator, a marking on a wheel within the ring rather than a small hand. Date is placed in a small window at 6 o’clock, small seconds at 3 o’clock and the entire automatic calibre BR-CAL.313 and X-shaped upper bridge are on view thanks to full skeletonisation. The look is completed by a grey rubber-and-leather strap.

Its more complex, 20-examples-only sister, the BR-X1 Tourbillon White Hawk BRX1, differs in its movement, also on full view. The calibre BR-CAL.283 is a hand-wound flying tourbillon, single-pusher column wheel chronograph with four-day power reserve. To distinguish it further from its non-tourbillon relative, this model adds another red ring to its small seconds counter; both counters are placed above the centre line. While it lacks date, the watch does feature a power reserve indicator at 3 o’clock, with tourbillon at 6 o’clock.

Both models are pure BR0, and deservedly part of the company’s “X” range of wilder-than-usual creations. These are not for the faint of heart. But if anyone can get away with watches as bold as the White Hawks – or Sgt Pepper coats at a black tie event – habitués of private air travel surely must qualify. 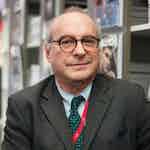