MB&F introduced the StarfleetMachine in 2014. The piece was a 21cm tall and 29 cm wide, interpretation of the space station that the fourth Star Trek series was set in, the Deep Space Nine.

The clock was produced by the biggest name in high-end clocks, L’Epee 1839 which began initially in France but is now based in the Swiss Jura mountains.

Formed completely out of stainless steel, the time display for the clock was on a dome in the center with minutes and the hours indicated on two separate scales using stylized hands.

The complete clockwork beneath that is openworked so that you are able to admire every component as the machine ticks and tocks away.

A secondary dome next to the time-dome indicates the 40-day power reserve of the clock provided for by five barrels in series, which had to be wound using a provided key.

The StarfleetMachine machine was a limited issue of 175 pieces, in line with L’Epee’s 175th anniversary, and was available in a Light and a, ruthenium coated steel, Dark variation.

Six years on, MB&F and L’Epée are now unveiling the Starfleet Explorer. A new clock inspired by the 2014 StarfleetMachine but more compact, at a height of 11cm and a diameter of 16.5cm.

The smaller clock has a stainless-steel structure with hand-lacquered polymer on the time dome and disc, and as well the color accents that produce the three variations of the clock. These are all stain-brushed and anodized.

For the time display aspect, we have a fixed curved aperture on the mobile upper dome that makes a complete rotation every hour/60 minutes. That is to say: the dome itself moves and the indicator arm remains stationary. Hours are displayed by a mobile hand against a 12-hour fixed disc. That is to say: the indicator arm moves while the 12-hour disc remains stationary.

Limited edition of 99 pieces in each color variation; price: CHF 9,900 (before taxes) 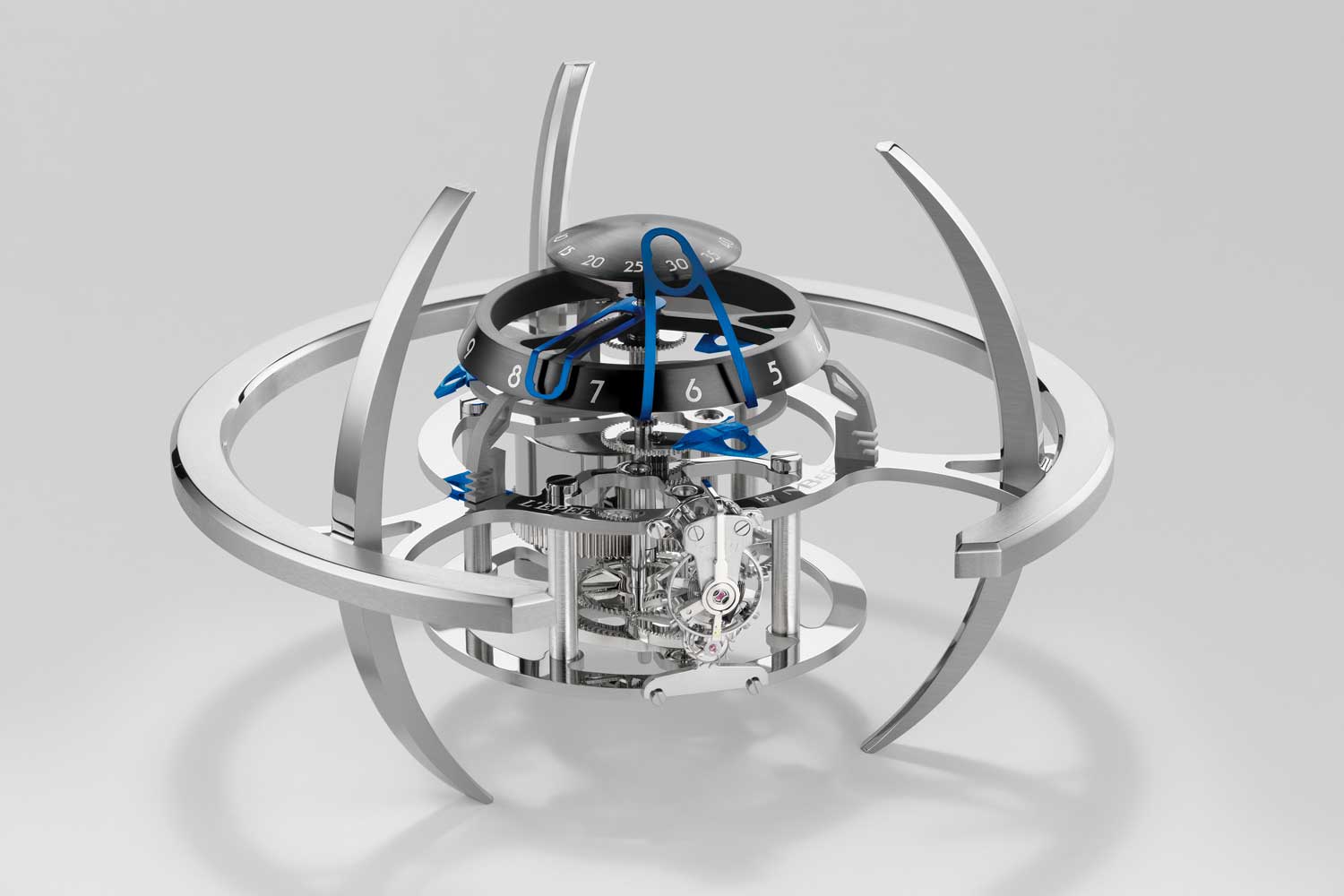 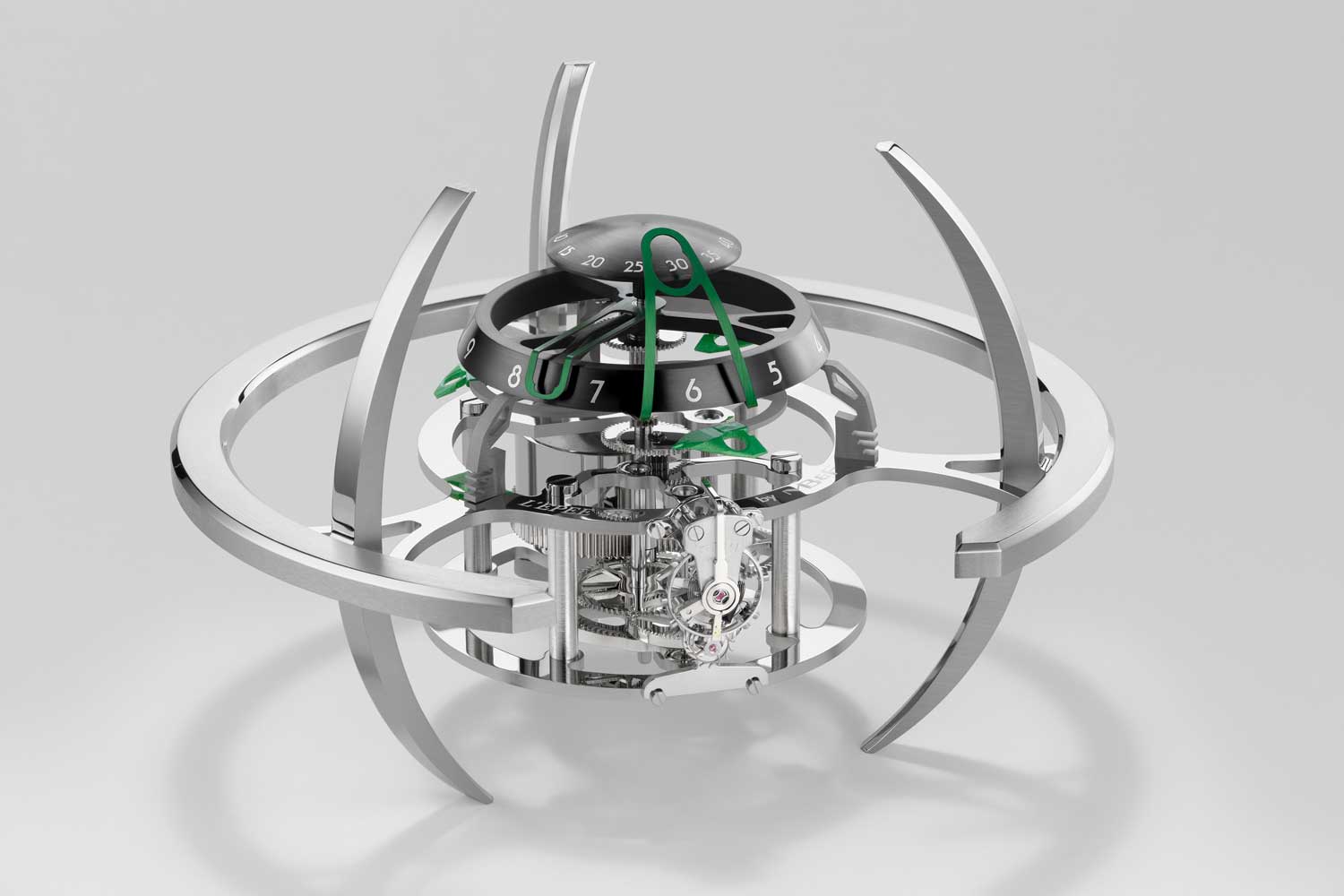 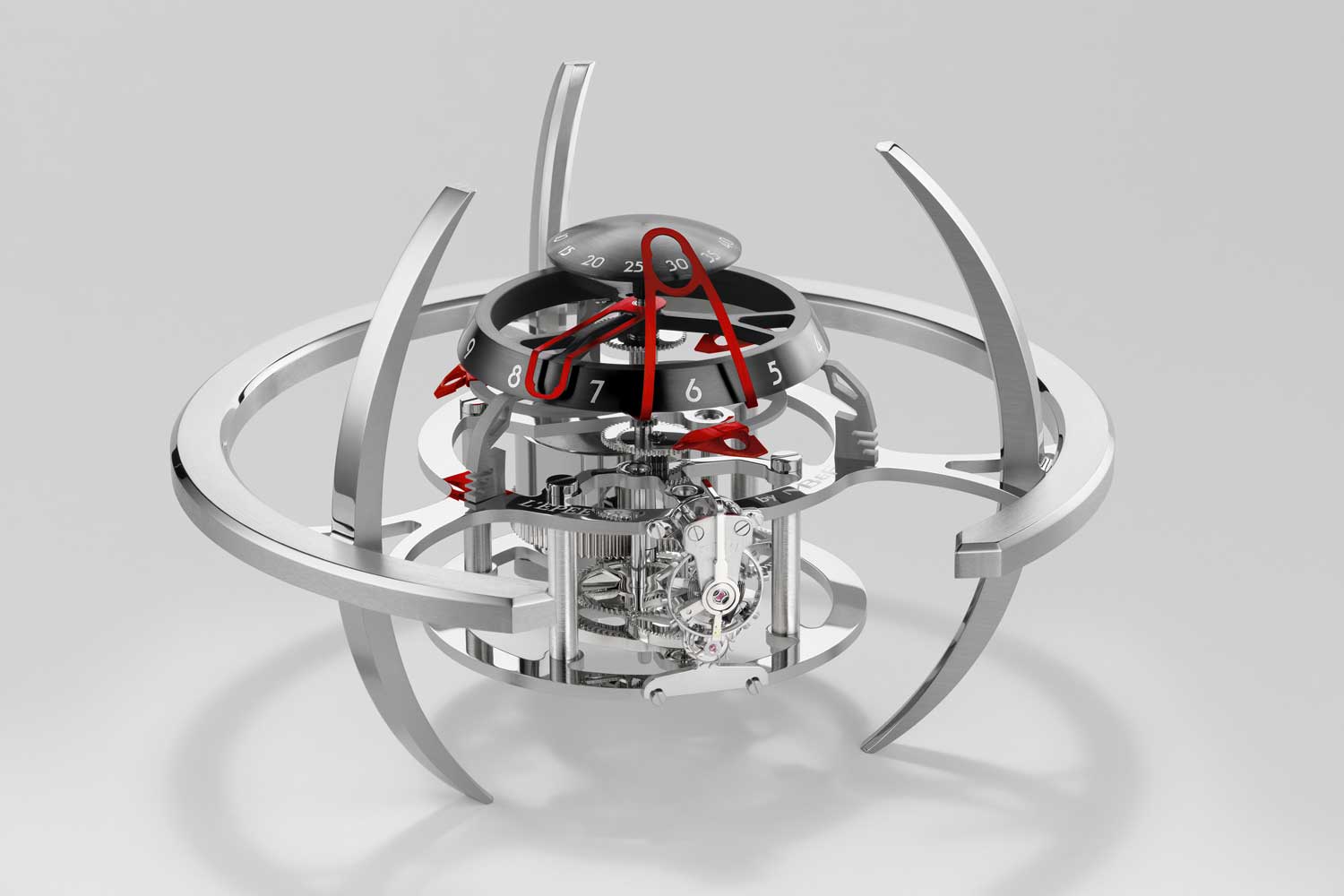