If there’s a single watch that can demonstrate just how far the world of ‘microbrand’ watches has evolved in the last decade, it could well be the Baltic Aquascaphe. If Baltic had taken off in 2010, the chances would be high that the Aquascaphe would be assembled from off-the-shelf parts and be distinctly lacking in the originality department.

Instead, the Aquascaphe of today is a confident, assured watch that — while offering a pleasing design for a great many watch lovers — is also very much its own thing: assembled in France and with a style that’s retro without being painfully so. The Aquascaphe is also a strong value proposition, thanks to a price that’s under $750 USD on a bracelet. I’ve been wearing one more on than off over the last few months and, at the risk of spoilers, there’s not a lot that I’d change.

The Baltic Aquascaphe is offered in three variants — Black Cream (with aged lume and gilt), Black & Silver (white lume and silver text), and Blue Gilt (blue sunburst, aged lume and gilt). We’re looking at the latter version here. It’s clearly the flashiest fish in the family, but even with the gold and the shimmering blue, I was surprised at how subdued the dial situation was. The blue is quite dark — so while there are moments of vibrancy, the overall mode is one of navy sobriety. Side note, it’s also a very tricky watch to photograph, so thanks to Andy Green for these shots.

The other stroke of genius with the Baltic is the case: 39mm of 316L steel, brushed, with a simple unidirectional bezel inset with sapphire. The lugs are nice and long, the crown no-fuss and easy to use. You can see that the design team at Baltic is aware of the nuance and proportion of vintage watches and applied these lessons to inspire their modern effort. In terms of on-the-wrist feel, it’s a very close approximation of a mid-century skin diver – perhaps a touch thicker (12mm) thanks to the bezel and domed sapphire, and more solid, but close. The care extends to the beads-of-rice bracelet, which is supple, and interesting, thanks to the mix of brushed and polished surfaces. It’s also a good heft — not overly chunky, but also not tinny. Just very nice. Baltic also earns some serious bonus points by having drilled lugs and a quick release spring bar on the bracelet. Seriously, why does no one else do this? If metal isn’t your jam, there’s also a tropic-style rubber. And, given the 20mm width and generalist looks, you can rest assured this is a watch that looks good on almost anything.

It’s not all neat proportions and smart design choices. The Aquascaphe is — like much in life — a product of compromise. And here the key compromise is around that competitive price point. To achieve an RRP of $724 on steel, a few concessions had to be made, the key ones being the Miyota 9039 movement and the luminous material. Sure the Miyota is a workhorse, but an unglamorous one. Luckily it’s hidden away behind a solid caseback. And the lume, which looks pretty in the sun, is less stunning out of it. Adequate yes, but there’s room for improvement. All told though, I’m more than happy with the compromises as the Baltic Aquascaphe makes for a truly enjoyable, and generally excellent daily wearer. 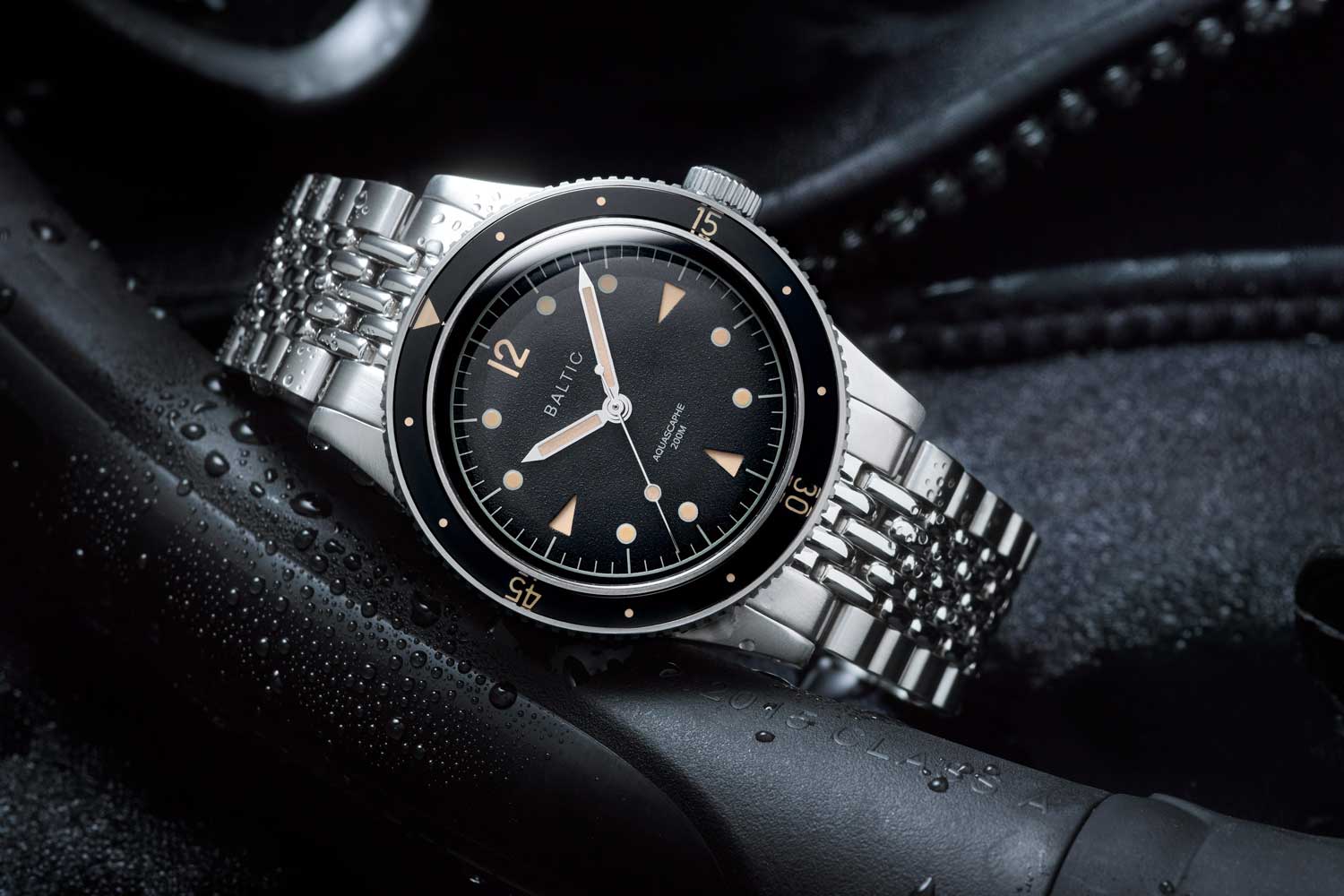 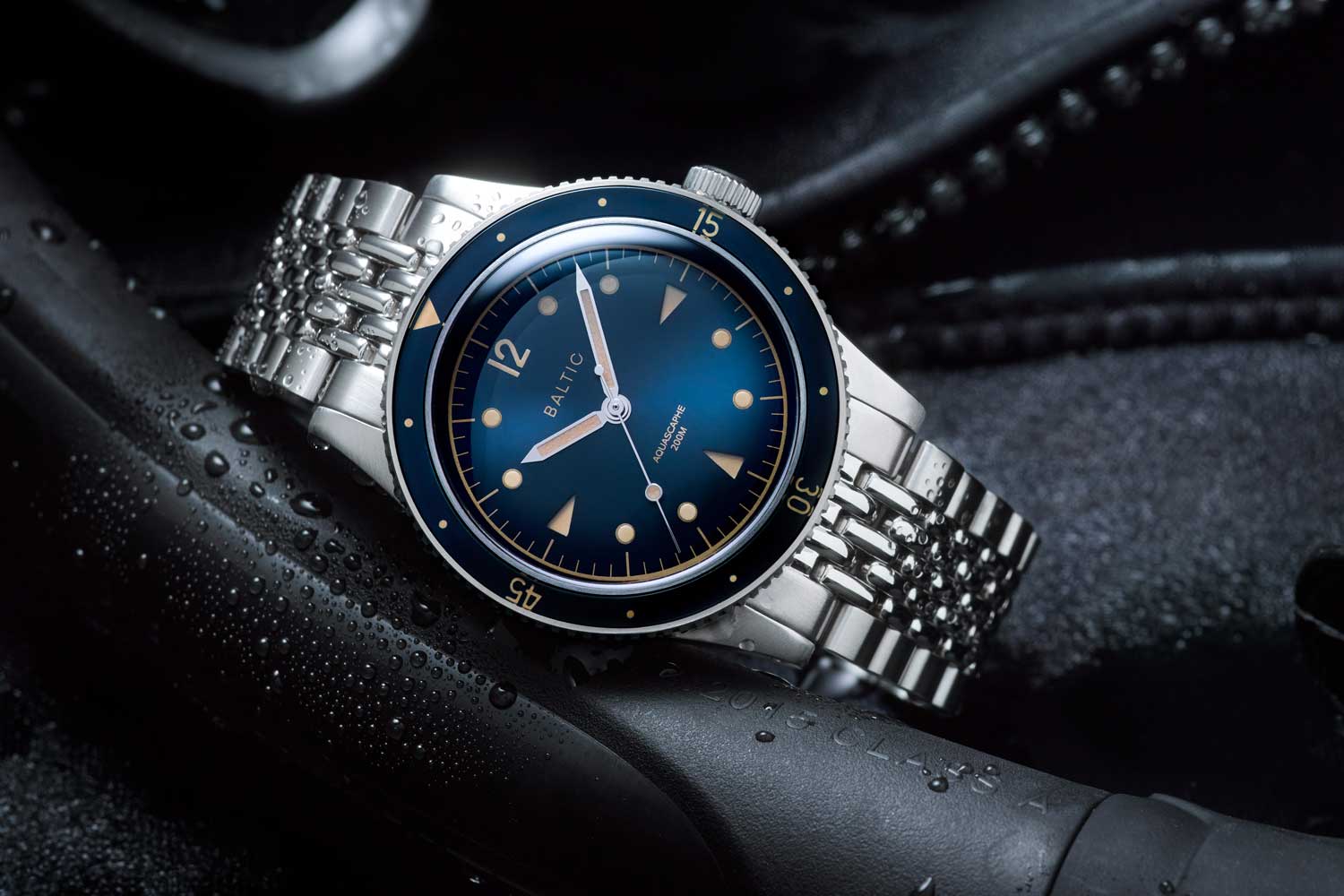 Felix Scholz has spent the last decade covering watches from his home in Australia. Given this, it's surprising that he still struggles with time zones. Over the years he's become a firm believer that less is more when it comes to watch design – except when a rainbow bezel is involved. He's written for numerous titles including Hodinkee, GQ, A Collected Man and more. These days he looks after the Australian edition of Revolution and takes a break from writing about watches to talk about them, as the co-host of OT: The Podcast.