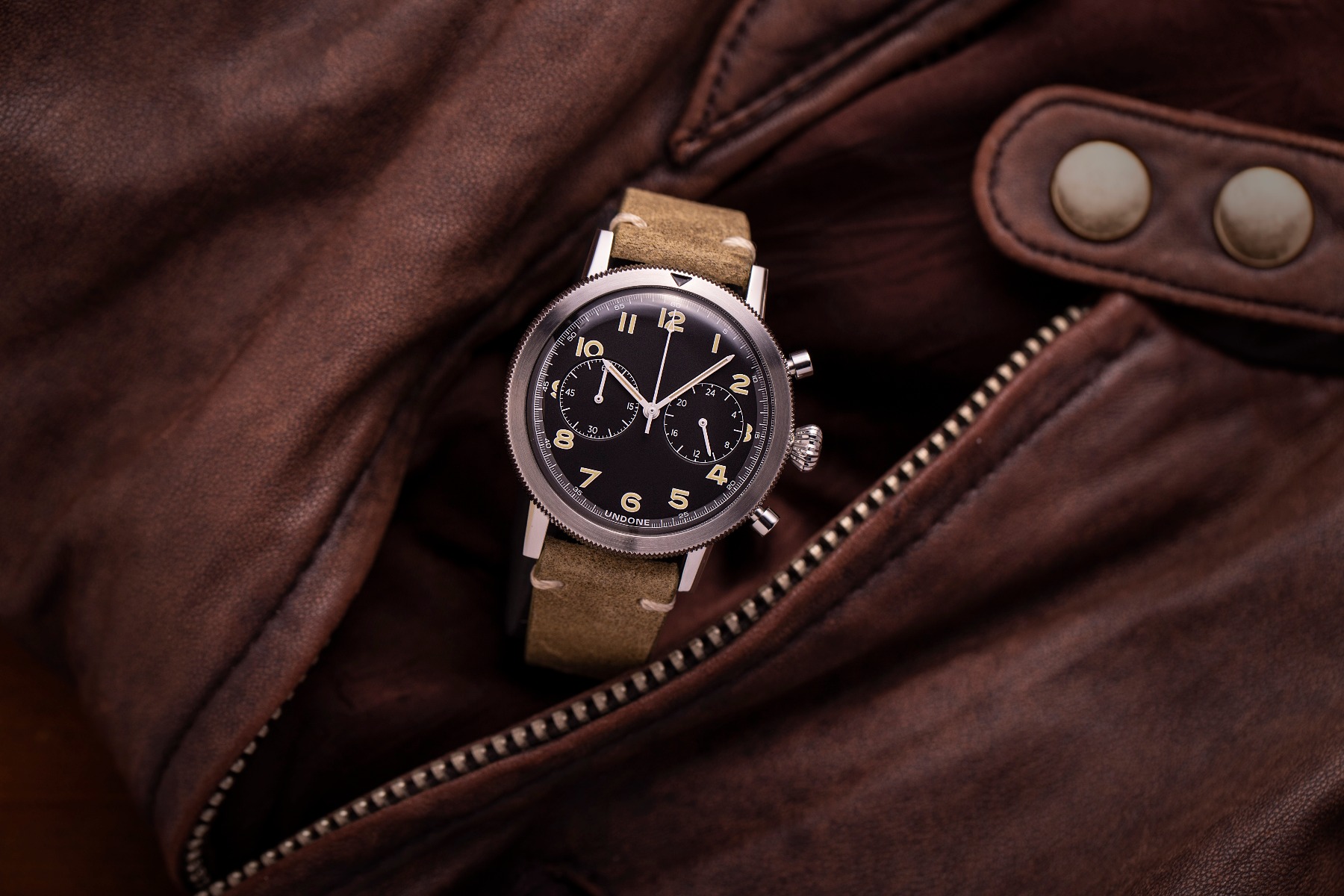 Homage to the Type 20

The Undone Type 20 Classic Flyback Chronograph is designed with close attention paid to the original timepiece commissioned in the 1950s by the French government for the French Air Force, the CEV (Centre d’Essai en Vol) — the country’s state-sanctioned flight testing centre — and most famously for the Aéronautique navale, a.k.a. “Aéronavale”. 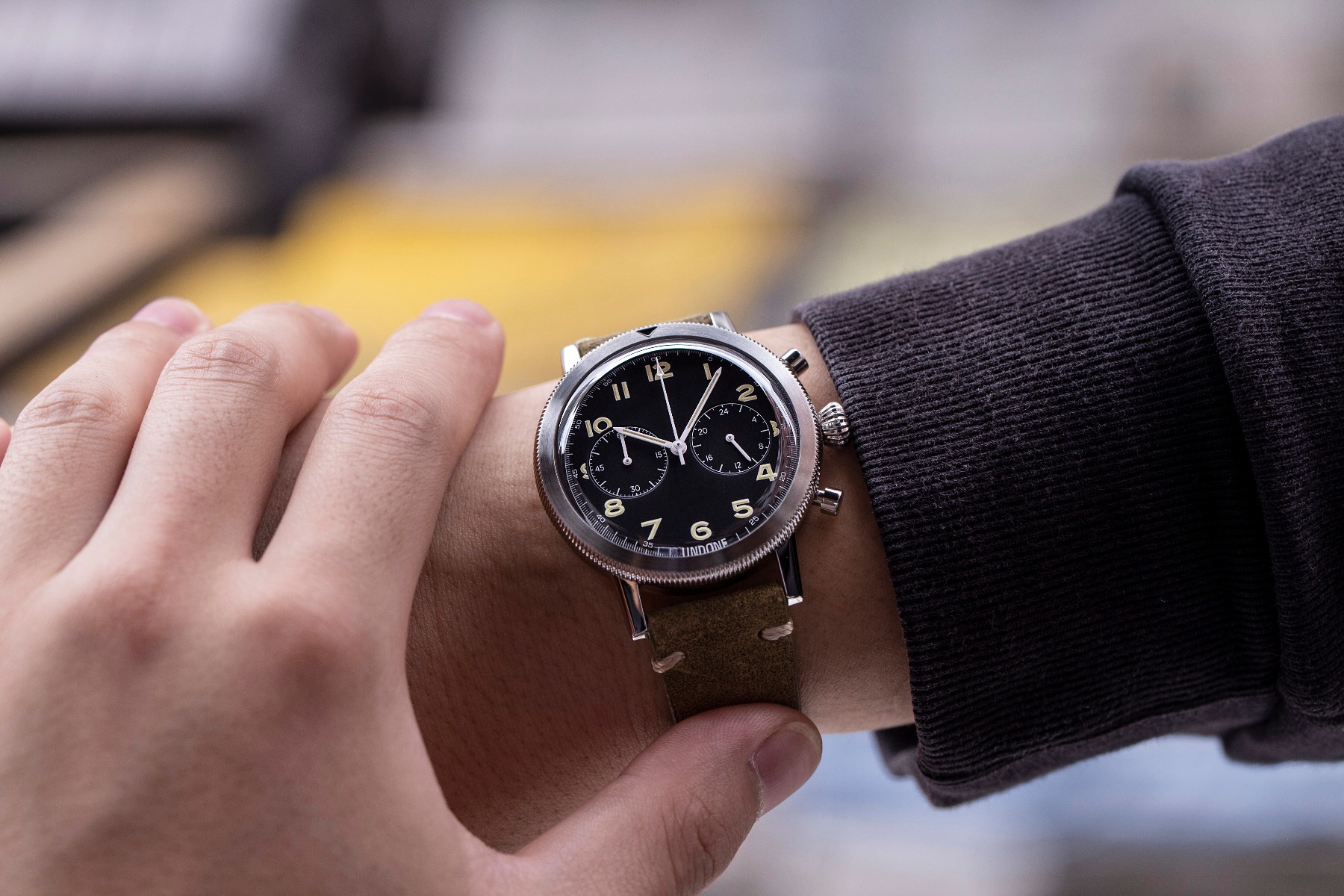 The earliest of the military issued Type 20 watches had what are known as black sterile dials. Simply put, these had no branding on their dials. The Undone Type 20 does have a branding but it is discreetly integrated into the seconds track. 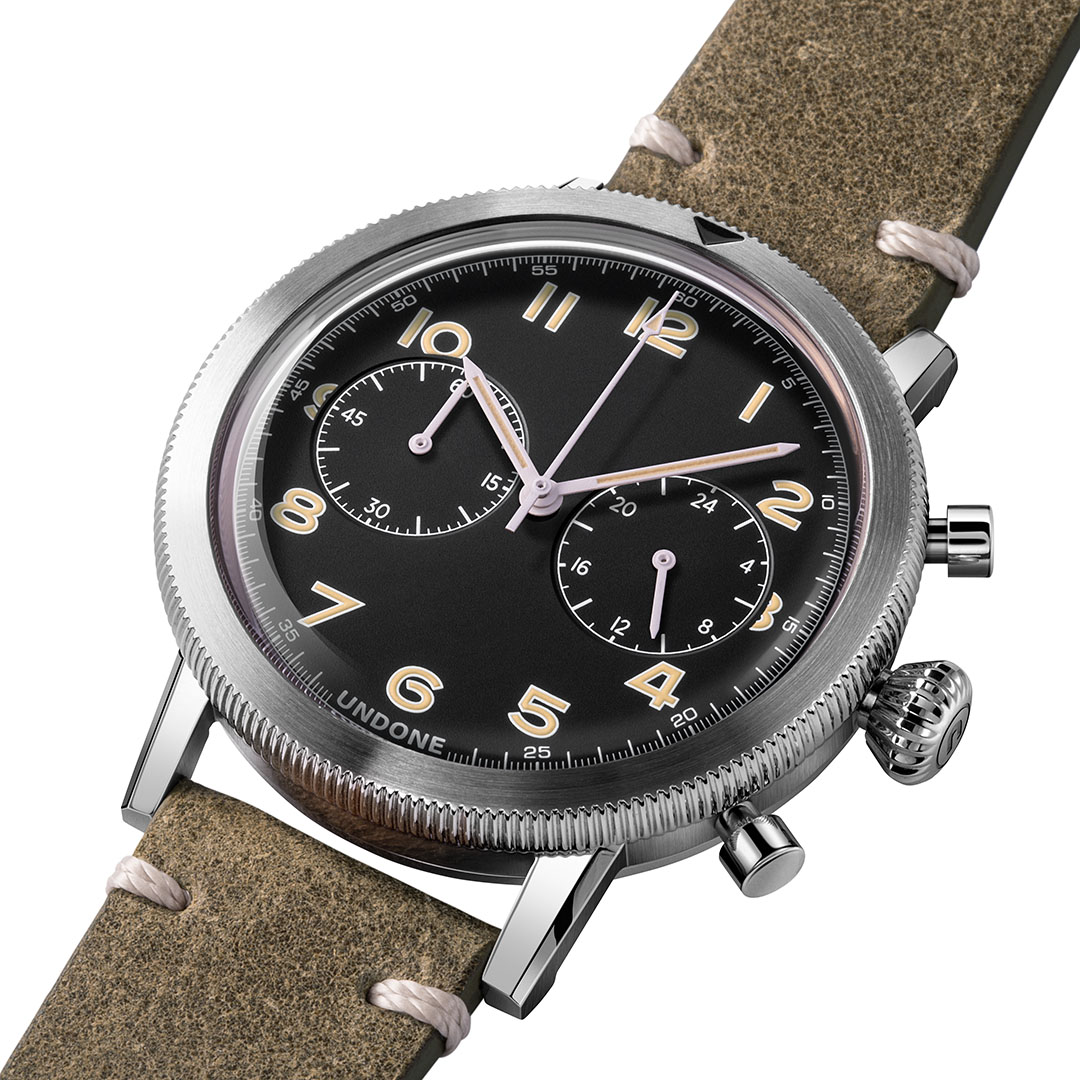 A crucial technical requirement of the Type 20 was that it must have a flyback chronograph function for pilots to use in flight. 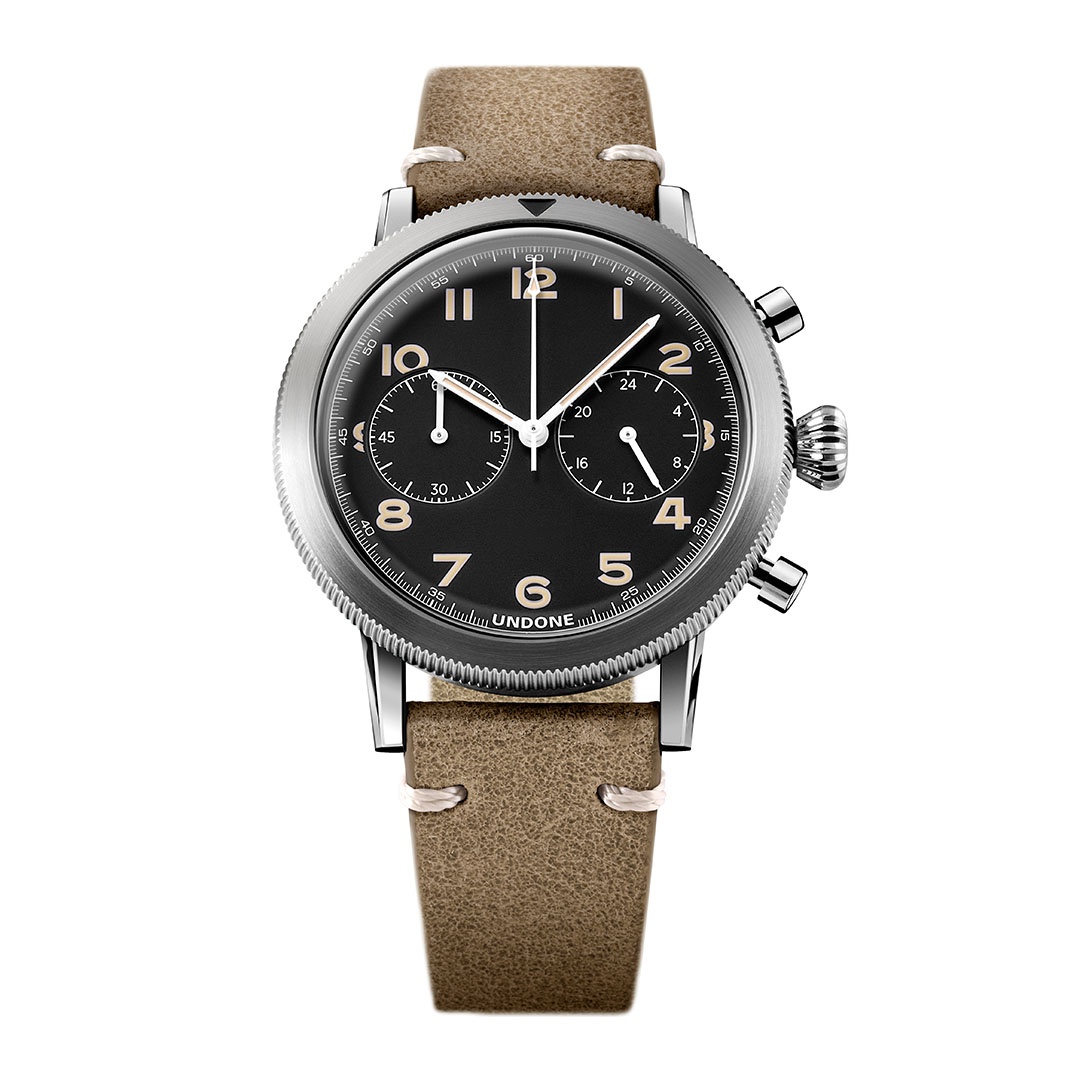 Visibility is key in the heat of battle, no matter the time of day. This is why a key requirement for the Type 20 was for it to have large hour markers, which were filled with lume.