With the whole Paris Accord misfortune looming over our heads, perhaps there is no better time than now to remind ourselves — and mark our calendars for a change — that Thursday, the 8th June is World Oceans Day.

It’s a day set aside for us to remember, to honor and renew our commitment to protect and conserve the world’s oceans. Because as vast as they may seem, our oceans are a finite resource; crucial in unfathomable ways to the very existence of the greatest and the most miniscule of lifeforms known (and unknown).

And while in certain instances, the situation can seem dire, the best way conservation efforts can continue to remain effective and, maybe even accelerate, is with sustained determination to understand the oceans and its wildlife better.

In the watchmaking industry, Blancpain has been one of the greater voices for the ocean for some time now. Their specific effort, called the Blancpain Ocean Commitment, has supported major scientific expeditions such as Pristine Seas Expeditions (May 2011 – May 2016) and more visibly the efforts of Laurent Ballesta, the marine biologist and oceanic photographer, who is responsible for the Gombessa project.

The story goes that while on the Gombessa II project (2014), to document the annual reproduction habits of camouflage groupers, Ballesta and his team observed an unusually dense gathering of grey reef sharks — amounting up to 700 individuals — at the dive location. Ballesta knew then that it was pertinent that he should return to the site to study this phenomenon.

With a portion of the proceeds from the sale of Blancpain’s first Bathyscaphe Chronographe Flyback Ocean Commitment limited edition watch, amounting to EUR 250’000, Blancpain pledged to help realize Ballesta’s mission to study this habit of the grey reef sharks, resulting in the Gombessa IV Genesis project (June-July 2016).

The project brought to light some remarkable lessons on grey shark behavior and particularly some riveting video footage of said behavior that Blancpain has now helped publish. Watch it here at the end of this post.

Oh, word on the street is that Ballesta is already on assignment for a more extensive documentary on the subject matter of Gombessa IV, which will be aired on ARTE TV in early 2018. And, of course, Blancpain is running right alongside. Stay tuned for more news on the final production. 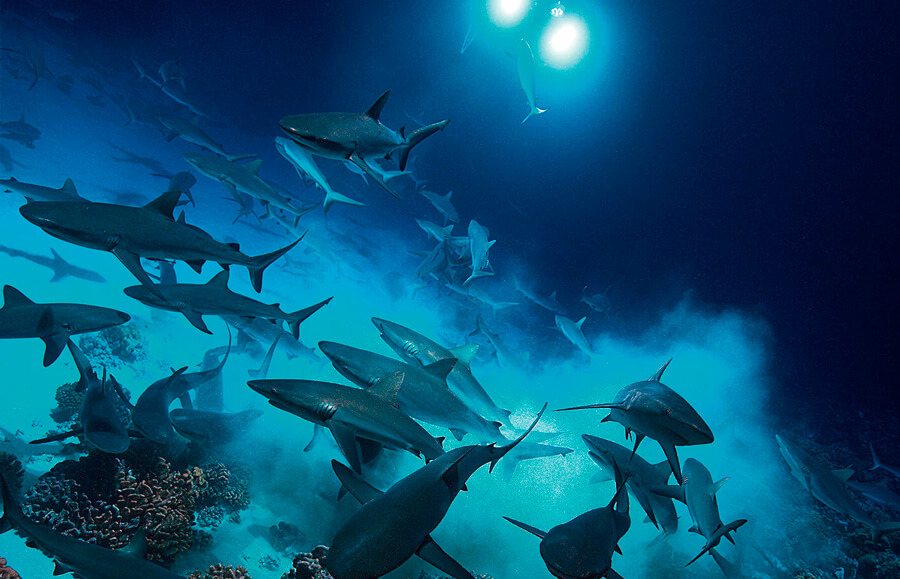 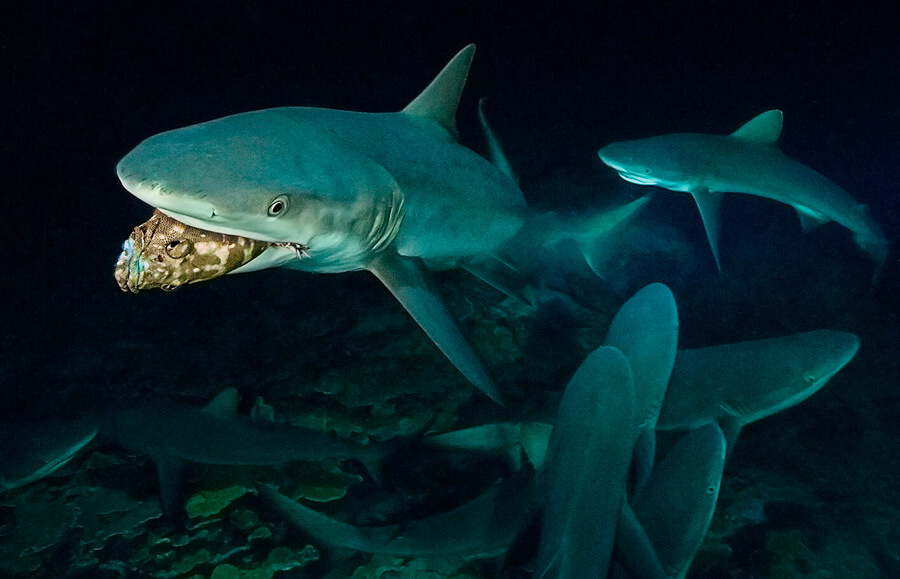