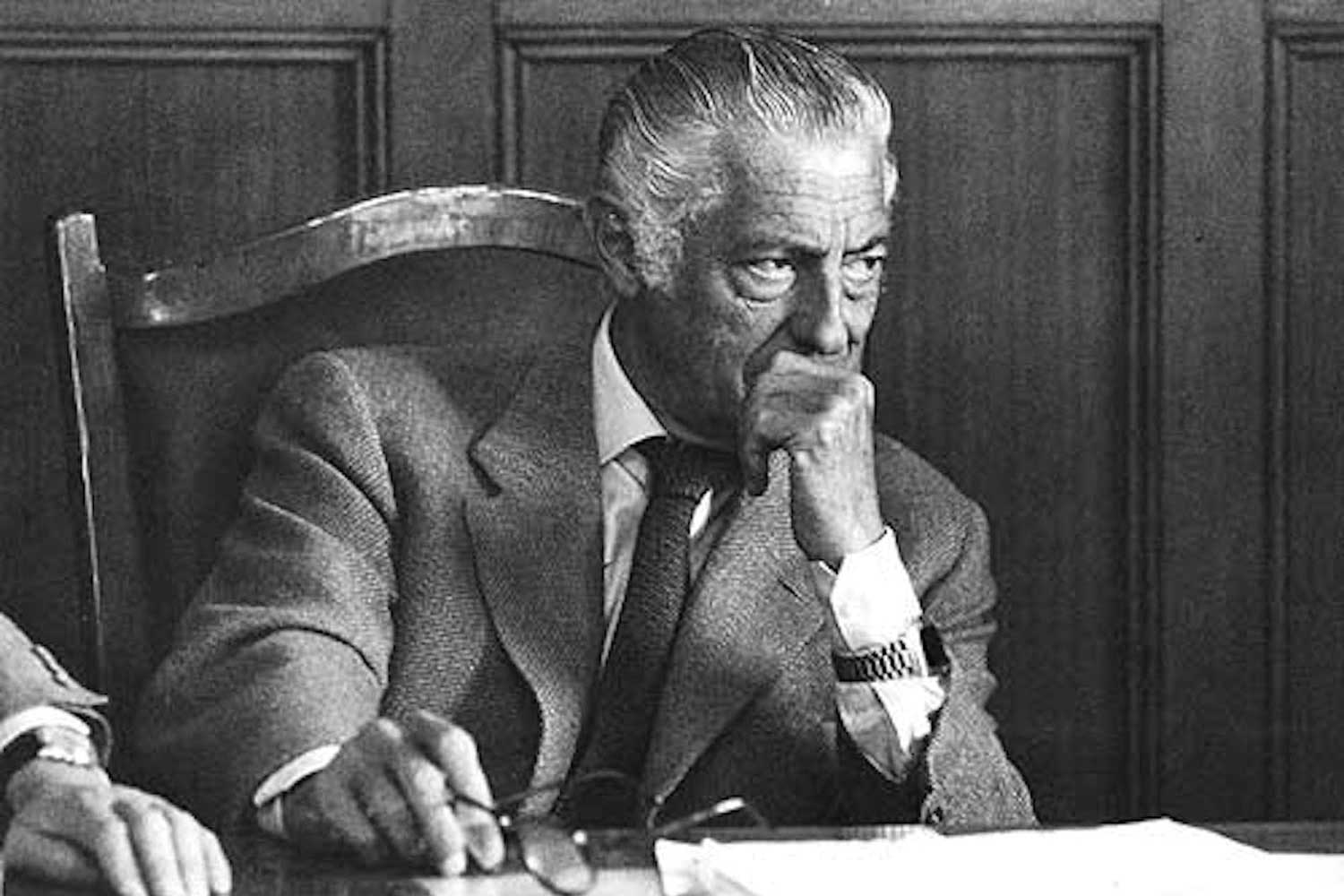 The Hamilton Pulsar was the choice of tastemakers in the 70s, the ranks of which included Keith Richards, Joe Frazier, Elton John, U.S. President Gerald Ford and, last and most notably, Gianni Agnelli. Thanks to these individuals the watch wasn’t simply an object of the future, but a symbol and stamp of cool. 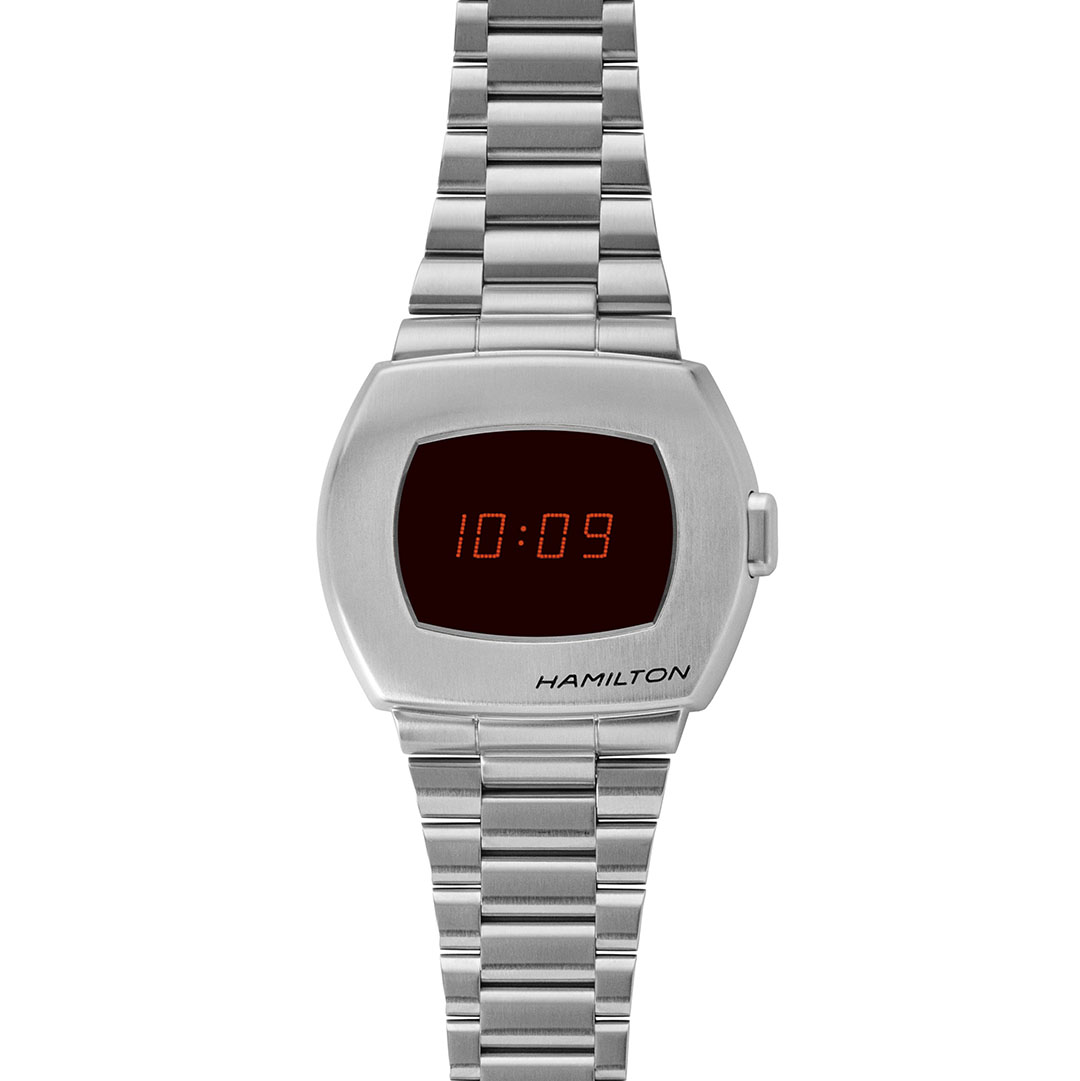 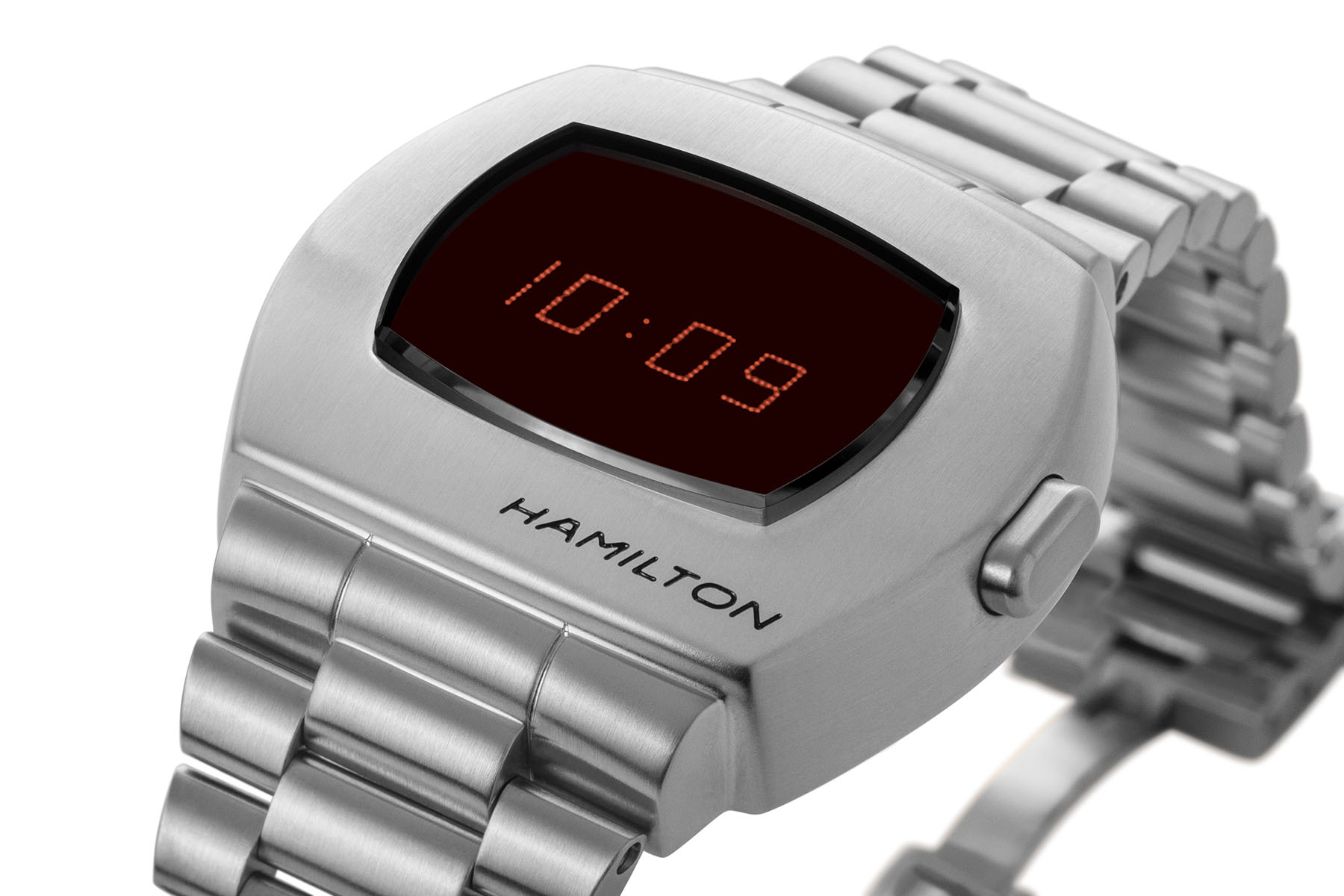 The new watch has been given a hybrid LCD/OLED, always-on display. The LCD technology in the screen is what allows for the always-on function and, therein, is able to display the time constantly with very low energy consumption. The OLED portion of the screen lights up to provide better visibility, using ‘digit dot’ style numerals, when the button on the right of the case is pressed.