A Brief History of the Chronograph

Why do we love chronographs? Firstly, there is the romantic association chronographs have with adventure. From the Breitling Navitimer chronographs worn by pilots, to the Omega Speedmasters that enabled the Apollo 13 astronauts to navigate their crippled spacecraft safely back home — chronographs have given us empowerment over time and, at times, even saved our lives.

Chronographs can help you calculate pulse rates, the speed of objects over one kilometer, the distance of an approaching storm, and even currency exchange rates. But beyond all this pragmatism, there is a more poetic side to the chronograph that taps directly into our human experience. Because in an existence comprised of fleeting moments, the chronograph lets us freeze a moment of eternity and remember it forever.

What Is A Chronograph?

A chronograph is any watch that can measure an elapsed time using an independent sweep seconds hand. Chronographs beat at between 18,000 vibrations per hour, which can measure times to 1/5 of a second accuracy, right up to 7,200,000 vph, which records times accurate to 1/2,000th of a second. A chronograph mechanism works like the drivetrain of a car. The watch’s movement or base calibre is like an engine supplying a steady flow of power. The mechanism of column wheel, levers and wheels that transmits power from the movement to the chronograph operates like a car’s transmission.

The term “chronograph” comes from the Greek words “chronos” or time, and “graphos”, which means to write. Although British clockmaker Graham invented the first clock that measured elapsed time in the 1700s, the first real chronograph was invented by Louis Moinet in 1816 to assist with the working of astronomical equipment, while the first marketed chronograph was created by Frenchman Nicolas Rieussec in 1821. This was a clock that wrote out the elapsed time on paper, using ink and a series of colored dots. In 1987, Frederic Piguet introduced us to the world’s smallest and slimmest automatic chronograph movement with a height of only 5.5 mm. These movements were housed in watches such as Blancpain’s exquisite ultra-slim chronographs and are today, still an industry standard for elegance.

More recent innovations on the chronograph mechanism have concentrated on increasing the oscillating speed to enable the recording of fractions of a second. Leading the charge, TAG Heuer launched a number of ground-breaking chronographs, including its Mikrotimer Flying 1000, which divides time to 1/1000th of a second, and its Mikrogirder that replaces the traditional escapement with a vibrating blade to reach an astounding 7,200,000 vph and a reading of 1/2,000th of a second. There is also Montblanc’s TimeWriter II Chronographe Bi-Fréquence 1000 that measures the 1/1000th of a second via a retrograde counter at 12 o’clock. 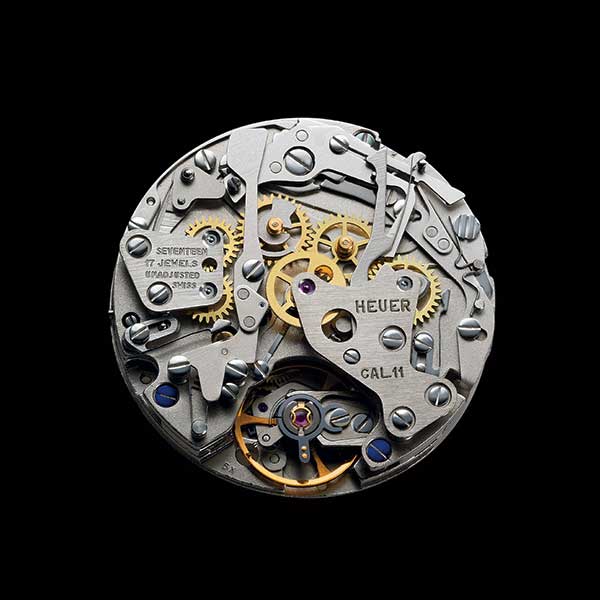 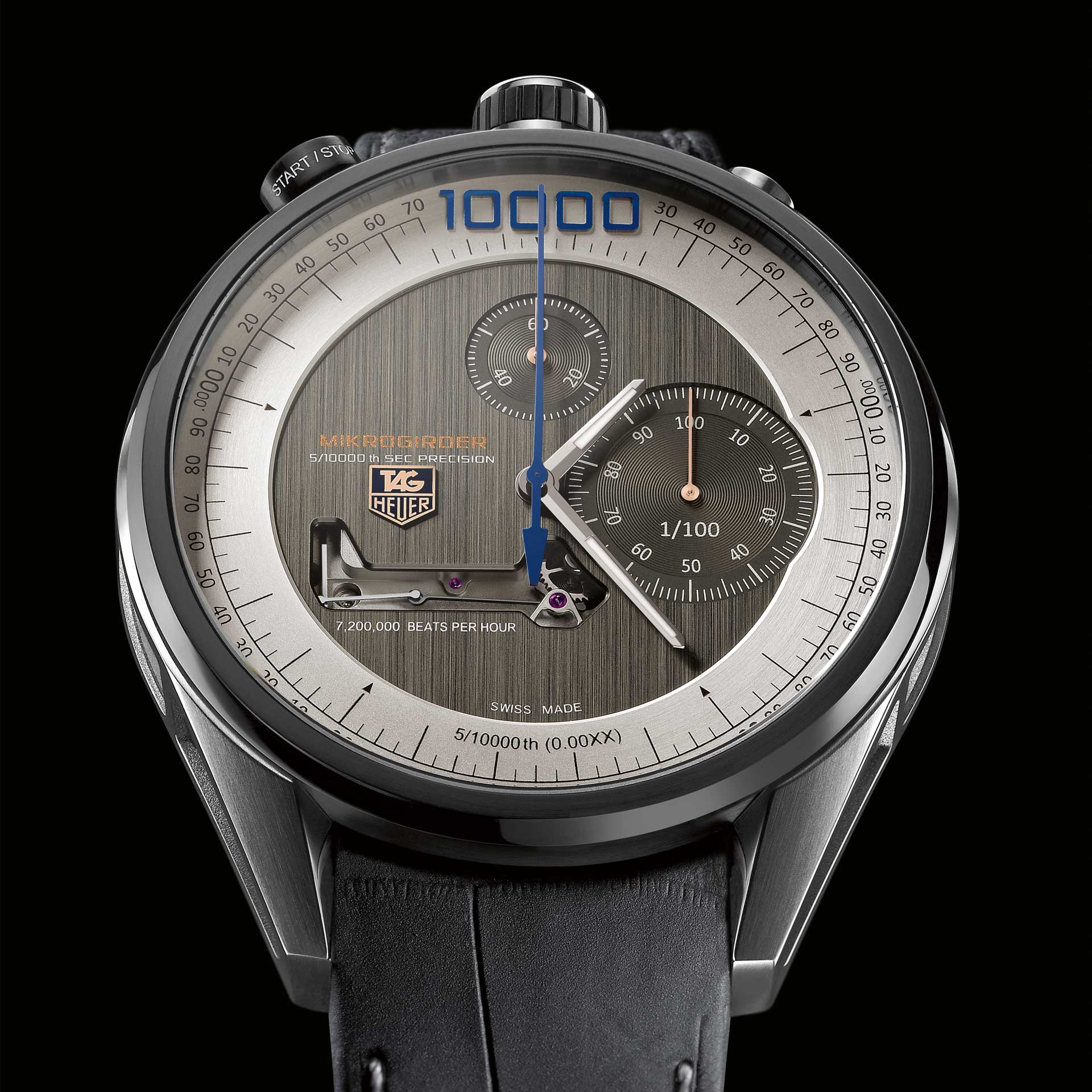 In addition to a sweeping seconds chronograph hand (A), most chronographs have a series of counters to tell you the elapsed time beyond 60 seconds.

The minute counter is the most basic type of additional counter and is found on almost all chronographs. There are two types of minute counters. The first is a sub-dial (a small dial located on the main watch dial) counter usually calibrated for 30 (B) or 60 seconds. The hour counter (C) for a chronograph is an optional but very useful additional display. For example, we like to start our chronographs at the beginning of a long flight and stop them when the flight ends so we can tell our total time in the air.

An hour counter gives you a reading for elapsed hours, which is perfect if you have just woken up and need a quick reference as to how long you have been in flight. Hour counters are usually calibrated using 12-hour scales and are situated on sub-dials.

The main purpose of this hand is simply to let you know your watch is under power. Several manufactures have discarded this hand to free up dial space or have replaced it with another function such as a  moonphase, as in Blancpain’s Villeret Monopoussoir Chronographe, or with a simple date, as in Cartier’s Calibre de Cartier Chronographe. 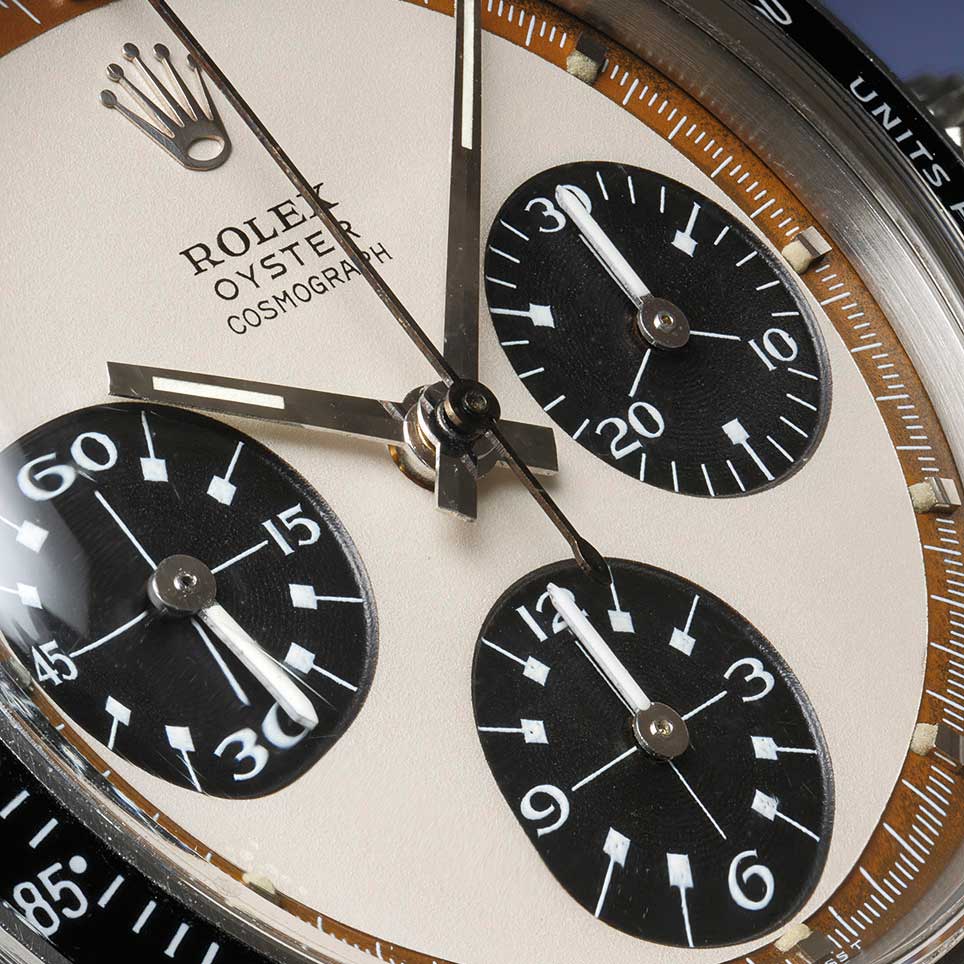